Mzansi’s love for drama has just manifested again, with tweeps calling for the return of loudmouthed YouTuber Slik Talk.

Slik Talk had a well-documented habit of denigrating peeps he doesn’t roll with, using his YouTuber account as the channel for his venom. So far, he either abused or insulted many on the music scene, from Nasty C to A-Reece to Cassper Nyovest.

In the case of Cass, Slik Talk had dismissed the rapper’s Billiato alcohol brand as tasting like piss. He’d also mocked the second season of The Braai Show, which Cassper Nyovest hosted, describing it as a big fail.

Angered by the insult, the rapper had challenged Slik Talk to a boxing match, promising him R100k for the fight and an additional R100k if Slik Talk should knock him out.

Slik Talk vanished after the fight.

But Mzansi was become too enamored of the man’s drama and had begun to miss him. A lot has been going on the social media scene since he vanished, and some tweeps thought he could have addressed the situation properly were he around.

Where the fcvk is Slik Talk when you need him? 😡 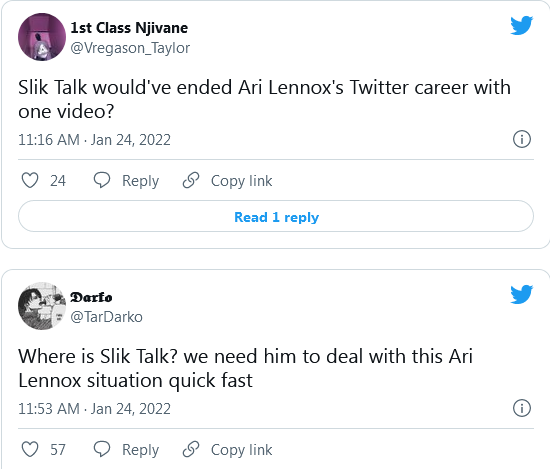 It remains to be seen if the current clamor will bring him out of hiatus.

Tags
Slik Talk
John Israel A Send an email 25 January 2022
Back to top button
Close
We use cookies on our website to give you the most relevant experience by remembering your preferences and repeat visits. By clicking “Accept All”, you consent to the use of ALL the cookies. However, you may visit "Cookie Settings" to provide a controlled consent.
Cookie SettingsAccept All
Manage Privacy