Andile Mpisane has often been pointed to as an example that money indeed buys happiness. The proponents of this regarding the youngster point to the fact that he can do almost anything he wishes because his mother, the businesswoman Shauwn Mklhize, can bankroll him.

Well, for those who have been criticizing his moves and attributing his actions to his mother’s wealth. The songster seemingly gave the finger to them all, confirming that yes, money does but happiness. So what?

A fan had posted on social media that Andile Mpisane is proof that money can buy happiness while also saluting him. Andile Mpisane shared the post on his Instagram story, which you can check out below. 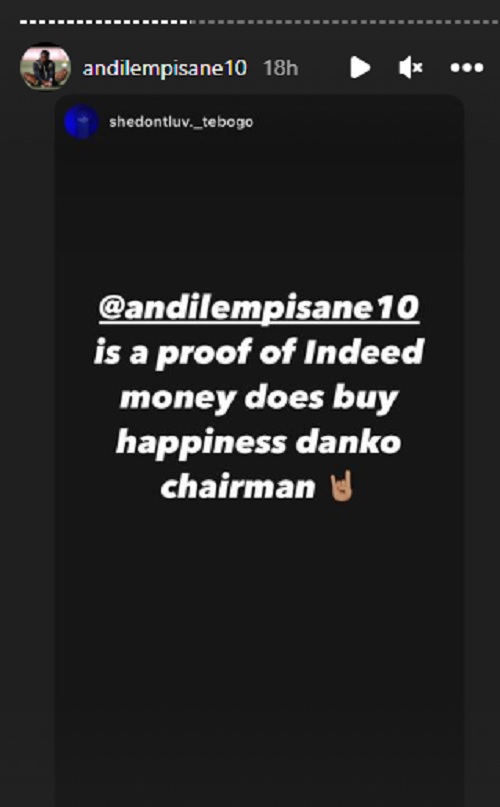 After great expectancy, Andile Mpisane had made his debut in the Macufe Cup in the match that pitted Royal AM against Kaizer Chief.

The Royals won 4 goals to 2. However, critics maintained that Andile Mpisane didn’t make much impact on the field and spent five minutes running around without touching the ball. Another mocked his weight. And yet another noted he snatched the captain band from the real captain even though he isn’t a skilled player and spent five minutes panting through the field. See reactions. 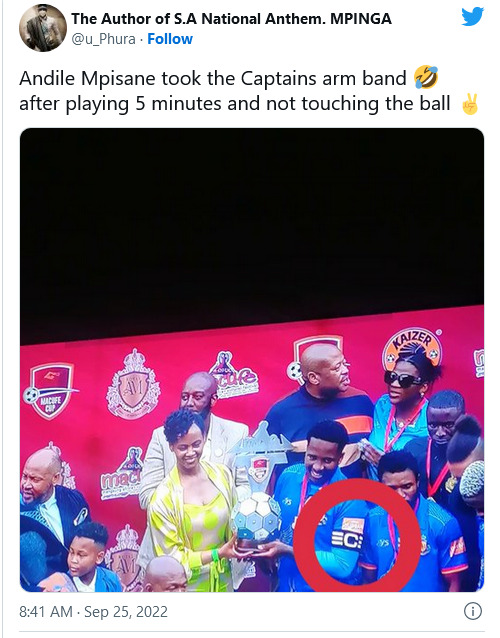 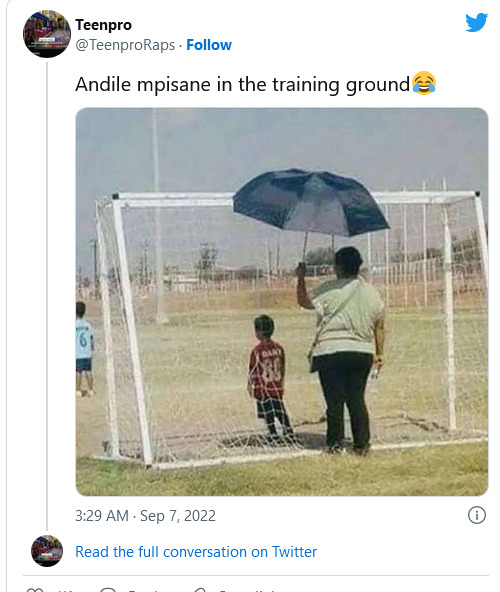 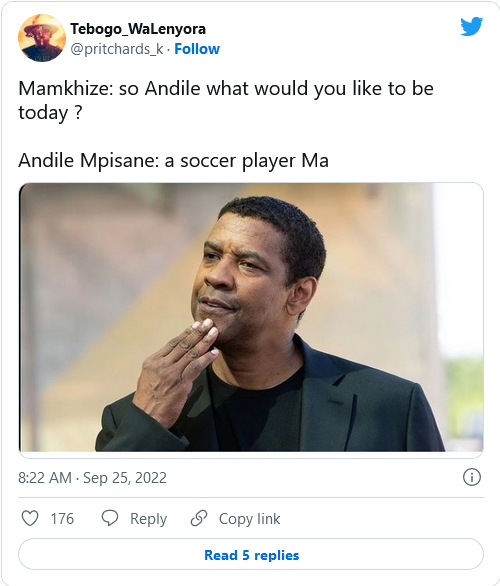 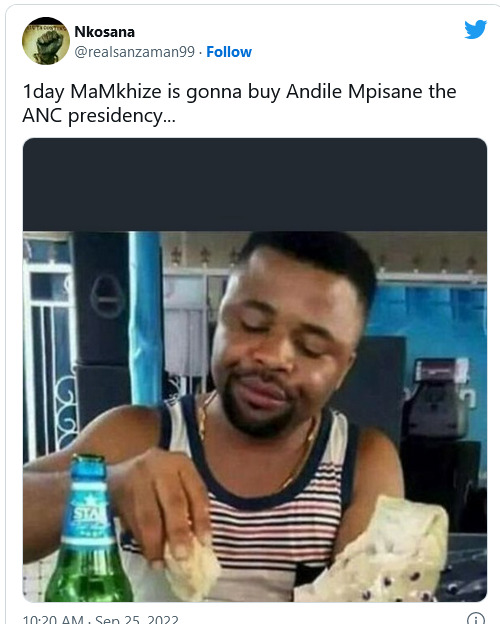 Tags
Andile Mpisane
John Israel A Send an email 27 September 2022
Back to top button
Close
We use cookies on our website to give you the most relevant experience by remembering your preferences and repeat visits. By clicking “Accept All”, you consent to the use of ALL the cookies. However, you may visit "Cookie Settings" to provide a controlled consent.
Cookie SettingsAccept All
Manage Privacy