Minnie Dlamini-Jones has reached the one-year mark as a mother, and she has been receiving notes of congratulations from other celebrities and her fans.

One celeb that has shown love to Minnie is television personality Anele Mdoda.

A media personality like Minnie, Anele had taken to Instagram to congratulate her buddy on crossing the one-year mark as a parent.

According to Anele, she’s excited to see Minnie and her spouse take care of their child. She described the first year of a child’s life as the most difficult. You can check out her post below. 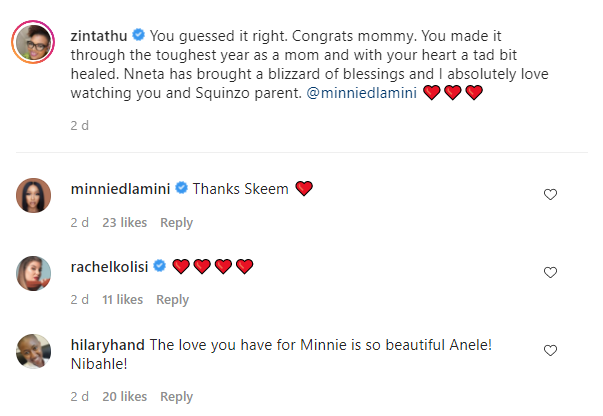 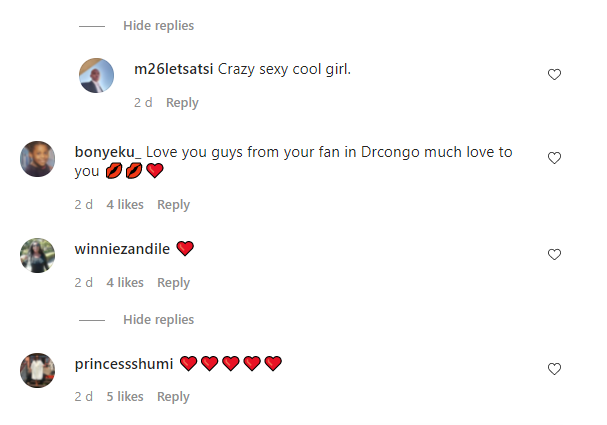 Her post had her fans cheering Minnie on in her parenting journey. However, others used it to troll Anele while also expressing the hope she would leave American singer Kelly Rowland alone.

Anele Mdoda has become infamous for stating that Kelly Rowland is ugly compared to other members of the girl band Destiny’s Child. Because of her opinion about the American singer, Anele trends whenever Kelly Rowland shares a picture online.

Well, at the moment, Anele appears to be focusing on the positive – at least on things that bring joy to her friends. Well, congrats, Mrs Jones, on crossing the one-year mark as a parent.