A recent viral video of a man trying to force a lady out of his V Class Mercedes Benz provoked unpleasant memories for television personality Anele Mdoda.

In the said clip, two ladies are seen in the back of the vehicle when a man, thought to be the owner, came to the back and bid one of the ladies “get the fuck out of my car.” The lady switched seats in the same vehicle, but the man came after her, pulling her by the legs to “get the fuck” out of his car.

Opinions on what was happening in the video, as well as what provoked it, have been mixed.

For Anele Mdoda, the video provoked unpleasant memories about a man she once dated. The unnamed man had a habit of telling the television personality to “get the fuck out of” his house whenever they disagreed or fought.

He never considered how much she looked after the house. One day, apparently after a disagreement, he had commanded her to “get the fuck out….”

And she did, never to return to him again. Anele Mdoda bid men to be kind. You can check out her tweets below. 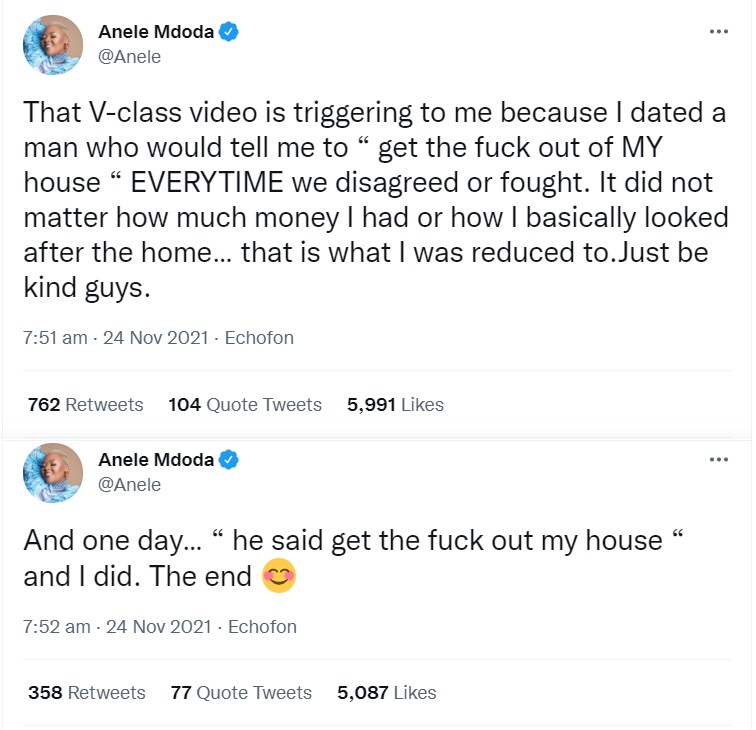 Hopefully, the message of kindness gets out there. 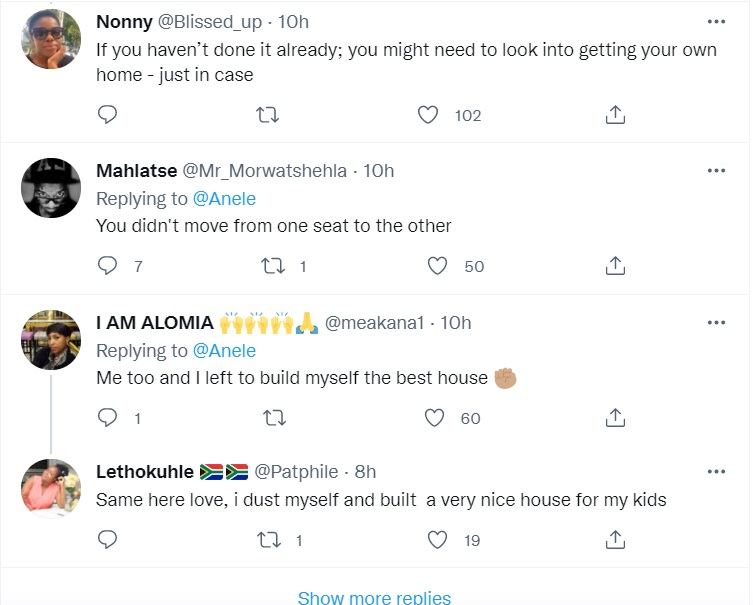 Tags
Anele Mdoda
John Israel A Send an email 24 November 2021
Back to top button
Close
We use cookies on our website to give you the most relevant experience by remembering your preferences and repeat visits. By clicking “Accept All”, you consent to the use of ALL the cookies. However, you may visit "Cookie Settings" to provide a controlled consent.
Cookie SettingsAccept All
Manage Privacy