Cassper Nyovest had announced a day after Father’s Day that he is expecting a child any minute from now and also informed fans he will be releasing an album with same title “Any Minute From Now (AMN)” – to honour the memory of his son’s coming.

Apparently fans and industry buddies are as excited about the news as Cassper Nyovest himself. And messages of congratulations have been dropping in torrents across the rapper’s social media accounts.

Boity of the “Own Your Throne” fame and ex girlfriend to Cassper Nyovest described the news as “so beautiful.” Other celebs felt pretty much the same way but framed their words differently. 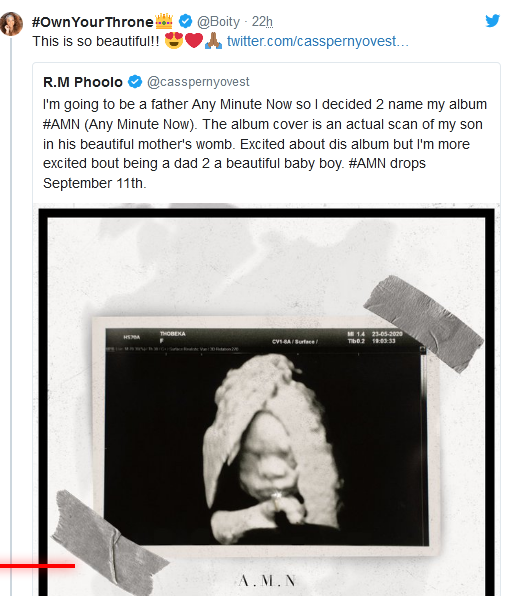 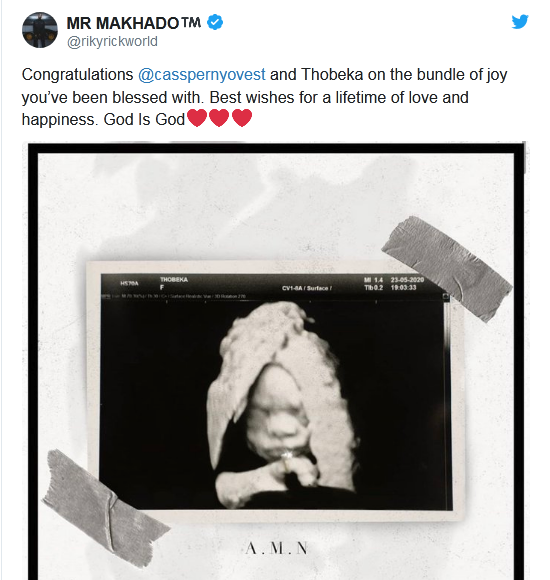 The rapper L-Tido describes the conception of the child as a stupendous blessing and urged Cassper to name him Simba, which means “lion” in Swahili. 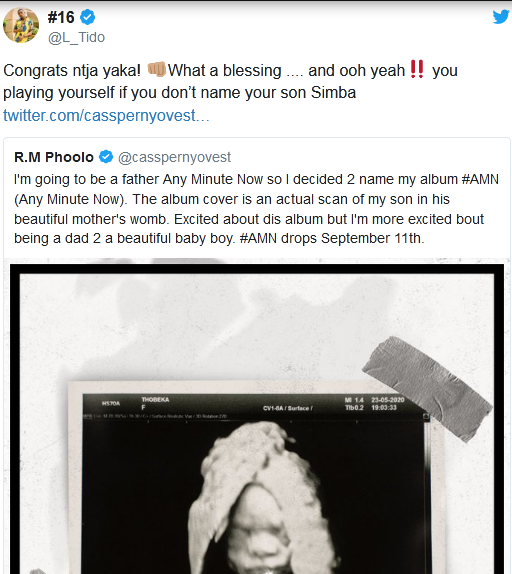 Anele Mdoda described it as the biggest news since the royal baby. Humoured, Cassper Nyovest called it a great idea. 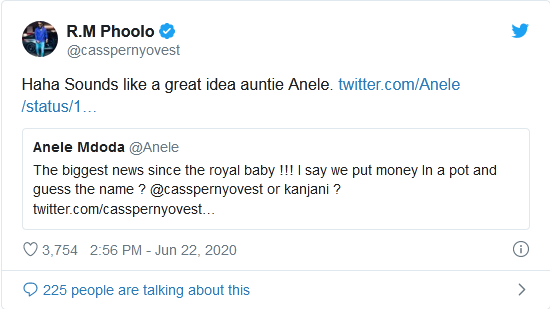 Will Cassper Nyovest’s rival AKA drop words of congratulations, too?

Have you got words of congratulations for Mufasa? You may want to join the conversation by dropping them right here in the comment section.