The Black Lives Matter protest across the United States is gaining momentum. The people are angry and are advertising their anger in the streets. The prelude to it all is the killing of George Floyd by the cop Chauvin.

In Fayetteville, North Carolina, the rapper J Cole took to the streets with his compatriots. Many have hailed J Cole for being part of the campaign to protect black life in the United States. A fan of J. Cole took the hailing a little further, shading Wale in a Tweet.

The fan, who goes by the handle @indiapitts21, commended J. Cole for being in the vanguard of the protest in Fayetteville, and wondered what Wale, another notable American rapper, had been doing. Miffed by it all, Wale tweeted back, shading J Cole, who he likened to a false messiah. He has since taken down the tweet. 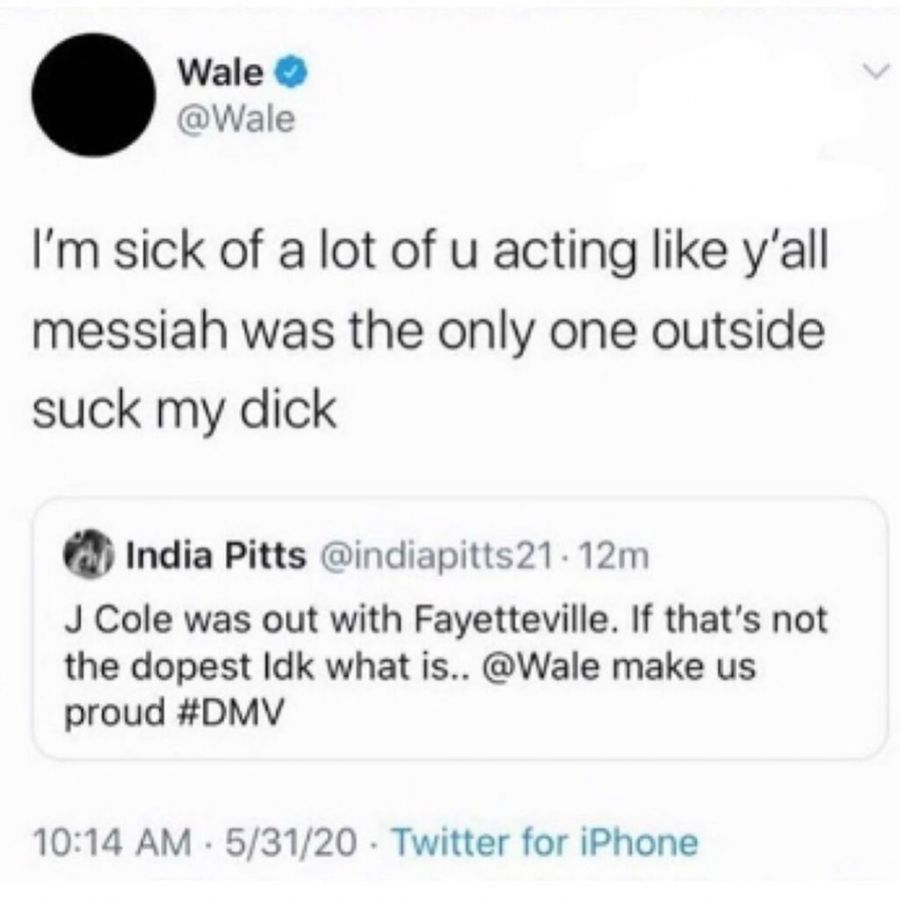 For the records, even before the protests spawned by George Floyd’s killing, Wale has been pretty active in the advocacy for the sanctity of Black. Why he chooses to lose his mind and lash out is unknown

Well, what do you think of Wale’s response? You may want to share your thoughts with us in the comments.