Following the release of his second album “Diba And Dream” and his second single “Malaika“, a beautiful ode dedicated to his daughter, Sleezy Luciano backtracks us to his first single “Django”, off the album, with a music video.

The fun visualiser is animated and creative directed by Zimbabwean animator, Lean Migos Studios.  “I thought to try out something a little different than the usual that’s fun and would serve the purpose of helping fans learn the lyrics. Besides, animation is the new wave and taps into a whole other world! I’m down to experiment.” – Sleezy Luciano added. 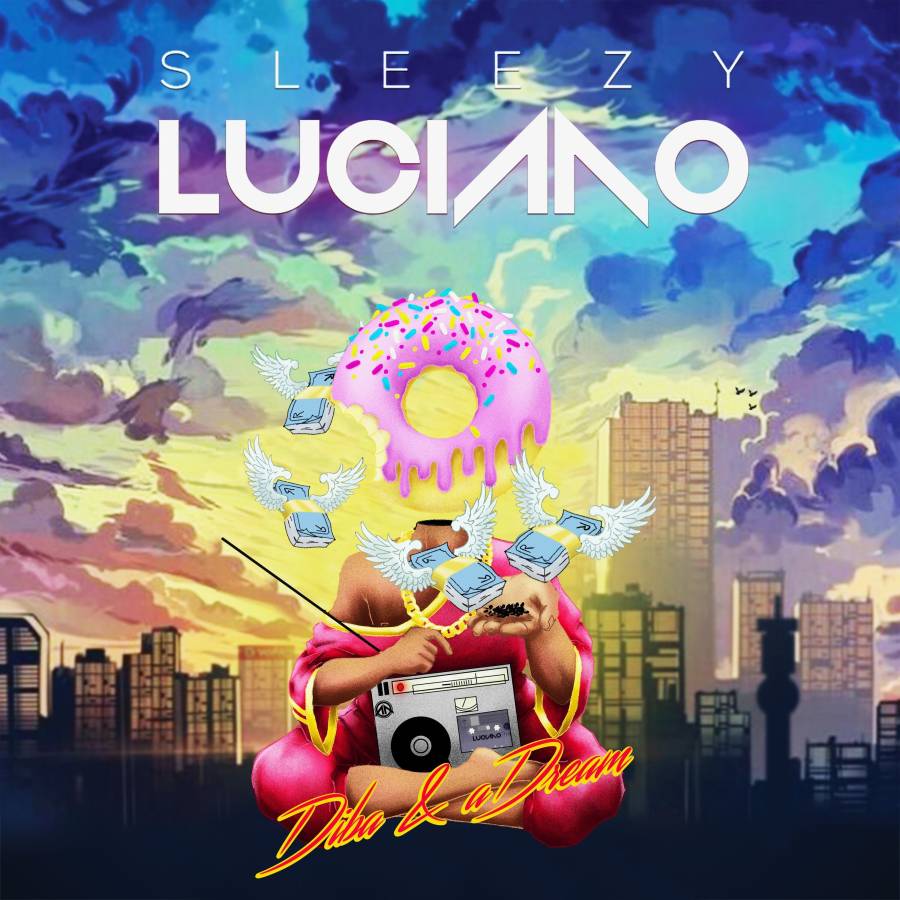 Post release, “Diba And A Dream” grabbed a couple of reputable DSPs such as Apple Music and Deezer, editorials attention, landing multiple playlists and setting pace of the competion with other peer artists. The seven-track hip hop album narrates a story the everyday South African can relate to; the hustle, financial struggles and a dream being just a rand banknote away! In this album he relays his predicament of  his dreams being delayed, having to think of alternative routes, his financial worries as well as being a new dad. It’s a playlist of self-dubbed “soundtracks to the hustle”. The album’s credits boast one of South Africa’s youngest Hip Hop key players, Touchline, alongside Scarab Tha Arab, cameoing as co-songwriters; Slug Lugho, Dubb Mandela, Beats By Blass on production and engineering by Kamogelo Wolff.

Listen to “Diba And A Dream” here

To build further on the theme of the album, Sleezy Luciano released an intriguing and emotive album concept trailer. In the trailer, he narrates what “Diba And A Dream” personallly means to him and further relating it to the fans. Behind him are visual projections of the latest South African social unrests such as #FeesMustFall, the Marikana Massacre etc. that have some sort of connection with money.

Tags
Hip Hop Sleezy Luciano
Thato Siyabonga Send an email 5 November 2021
Back to top button
Close
We use cookies on our website to give you the most relevant experience by remembering your preferences and repeat visits. By clicking “Accept All”, you consent to the use of ALL the cookies. However, you may visit "Cookie Settings" to provide a controlled consent.
Cookie SettingsAccept All
Manage Privacy