It’s been one year since Sam Wilson Officially became Captain America. So far, fans have been celebrating the anniversary — or should we say, milestone.

Steve Rogers (Chris Evans) had given Sam Wilson (Anthony Mackie) the Captain America shield at the end of Avengers: Endgame, officially transitioning the latter into a new role.

In the real sense, though, the transition only took place with the release of The Falcon and the Winter Soldier.

Last Saturday, April 23, marks the first anniversary of that transition and Wilson taking up the shield. And fans were more than excited for this milestone.

This much could be seen from the many messages pistes about the anniversary on Twitter and other social media platforms.

It’s been a year since Sam Wilson became  Captain America, tweeted one excited fan, with three exclamation marks for emphasis. Another noted that Sam Wilson was seen as Captain America for the first time one year ago. You can check out what the fans are saying below. 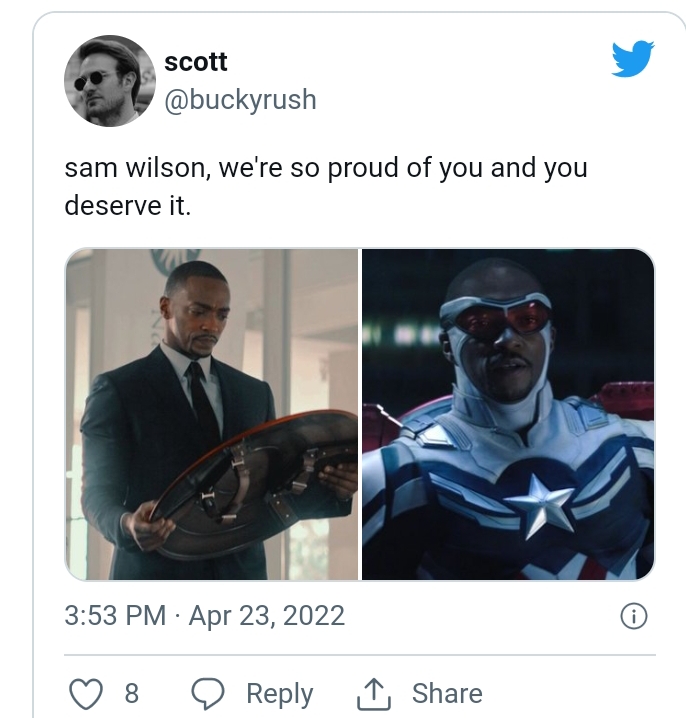 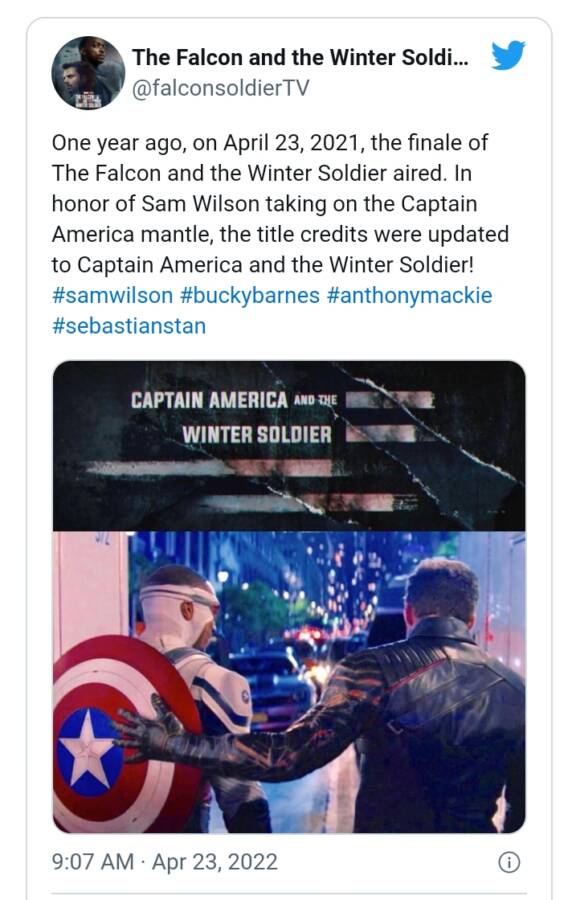 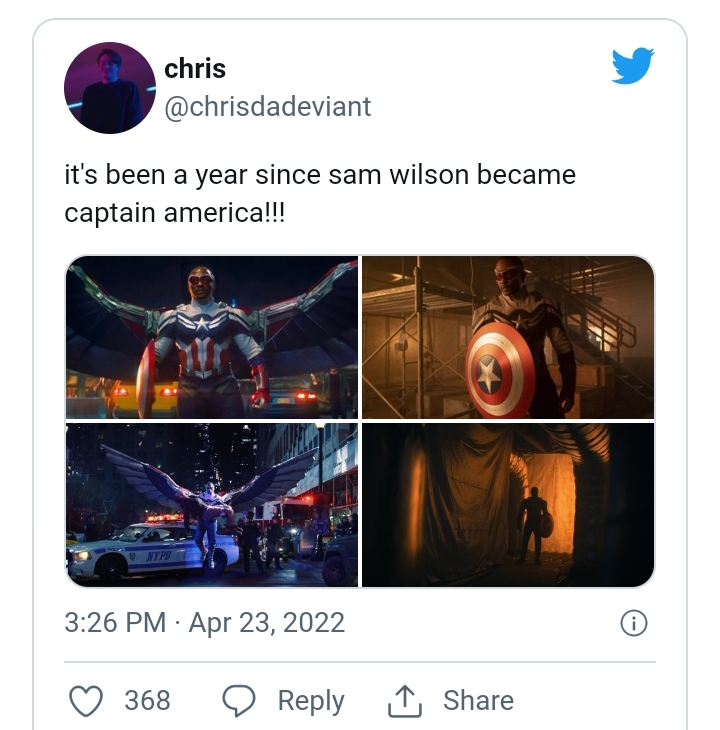 Captain America 4 is well on its way, but details are still pretty sketchy. Sam Wilson has only volunteered that he picks a song to represent each character he plays, and he’s picked Tupac’s “Hit Em Up” for Captain America 4.

Tags
Captain America Sam Wilson
John Israel A25 April 2022
Back to top button
Close
We use cookies on our website to give you the most relevant experience by remembering your preferences and repeat visits. By clicking “Accept All”, you consent to the use of ALL the cookies. However, you may visit "Cookie Settings" to provide a controlled consent.
Cookie SettingsAccept All
Manage Privacy