South African rapper Boity has just turned 31, and her fans have poured into the streets of social media to celebrate with her.

Among those celebrating with her is her boyfriend, the actor Anton David Jeftha. Taking to Twitter today 28 April, the Dominion star had shared several pictures of them together. He wished her the happiest birthday, describing her as a light and urging her to keep shining. 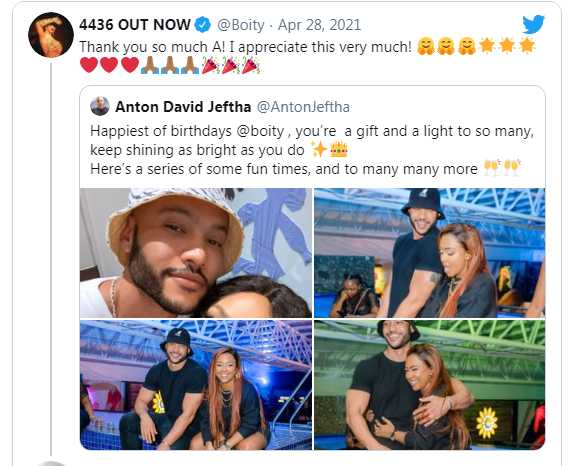 You can check out wishes from her other fans below. 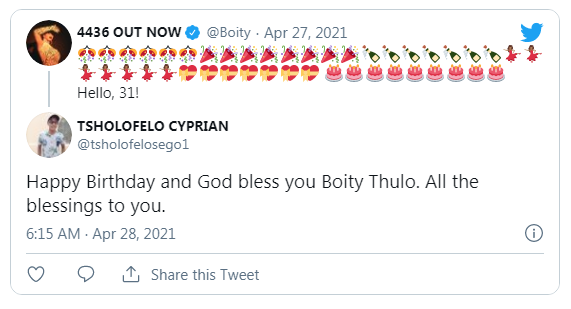 For one who is only 31, Boity is doing great. She has got interests in many fields, including beauty and cosmetics. I fact, she has a cosmetics brand named for her.

By the way, Boity recently trended alongside podcast host MacG, when the latter claimed she had slept with many men. This claim infuriated some of her fans, who urged him to be courteous next time.

Boity wouldn’t care for MacG’s opinion of her, though. In a tweet, without referencing MacG, she urged herself not to be distracted. MacG might say whatever he dancies about her, but she remains focused on her goals.

Well, got some kind wishes to share with the “Wuz Dat” rapper? You may want to drop them in the comment section below.