South Africa’s former spy head and prisons chief Arthur Fraser has dismissed as false and misleading a claim by the journalist Jacques Pauw that he, Fraser, does not have the tertiary qualifications he claimed to.

In his article, Pauw had noted that Fraser had claimed for years to hold a graduate degree from the University of London. 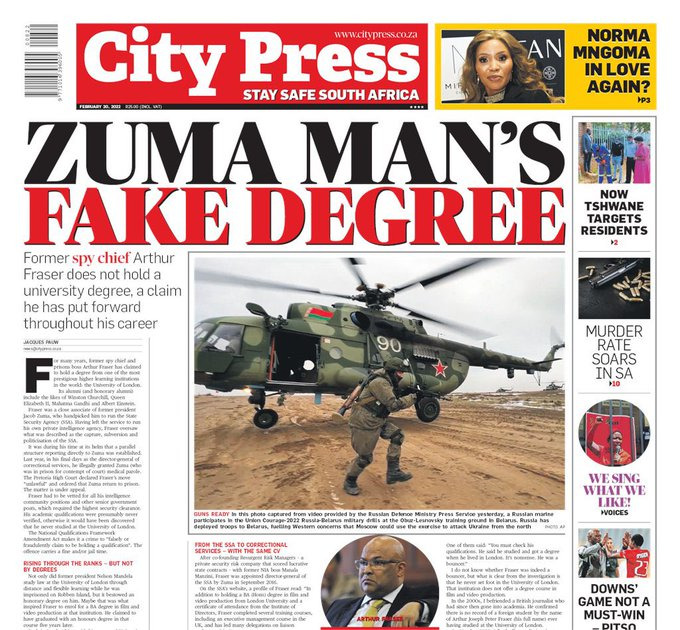 Speaking through his lawyer Eric Mabuza, Fraser had noted that, ordinarily, he wouldn’t have responded to Pauw but he had to say something to set the records straight. He also challenged the public to confirm from the university that he actually obtained the degree. 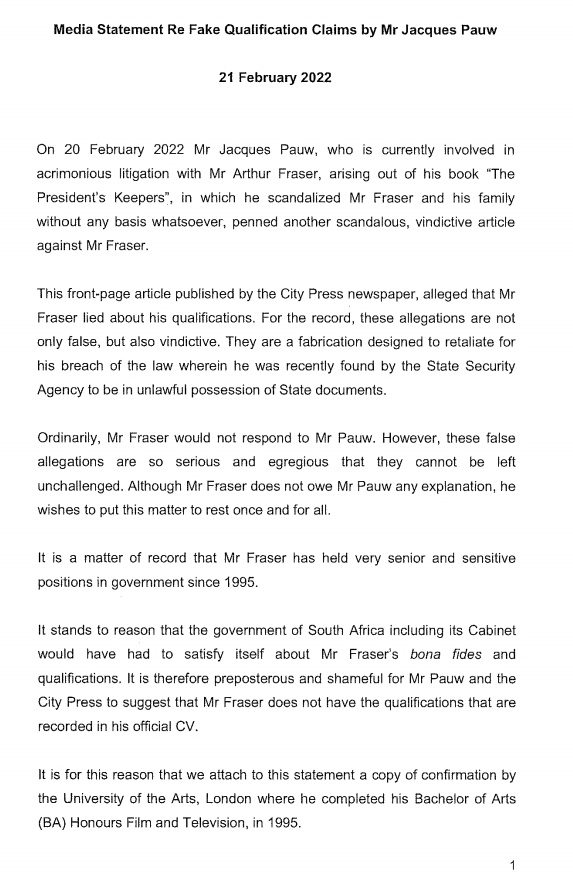 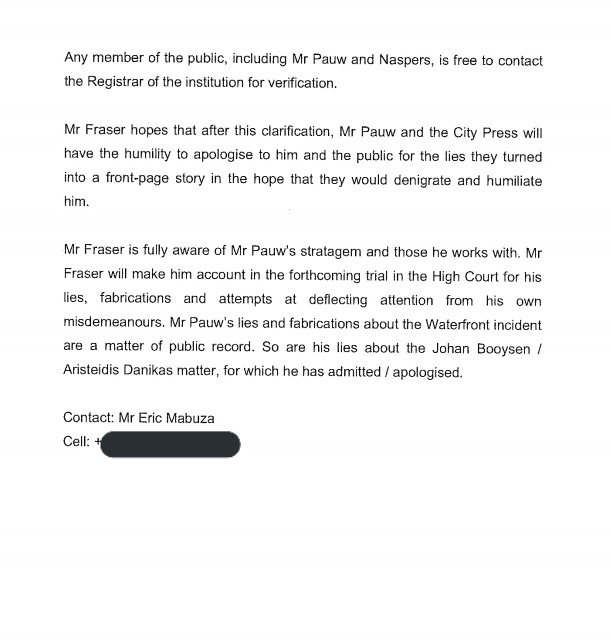 After the public should have confirmed that he, Fraser, obtained the University of London Degree, Fraser noted he hoped Pauw and those he works for would have the humility to apologize to him for the lies. 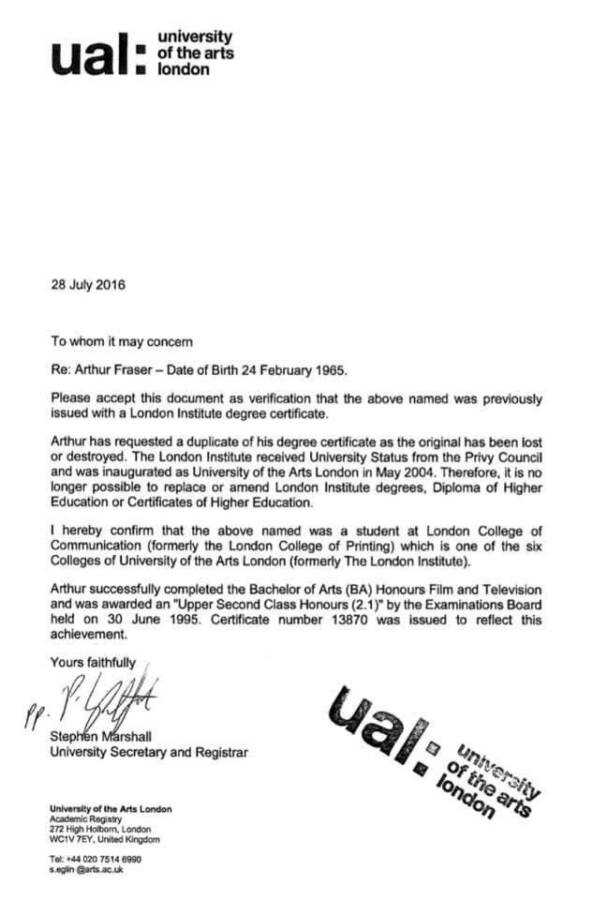 According to Fraser, Pauw had written that “false and egregious” piece as a form of retaliation after being found to be in unlawful possession of State Security Agency documents.

Interestingly, a year ago, Pauw had apologized for lying that the police stole money from him, as well as harassed him at a V&A Waterfront restaurant. It remains to be seen if he will apologize to Fraser. Citizens are already demanding that he render an apology for the false information, see tweets below: 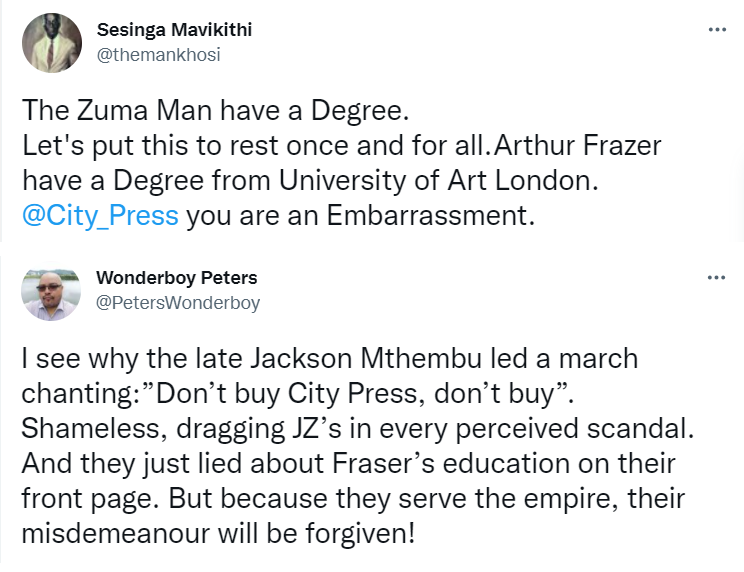 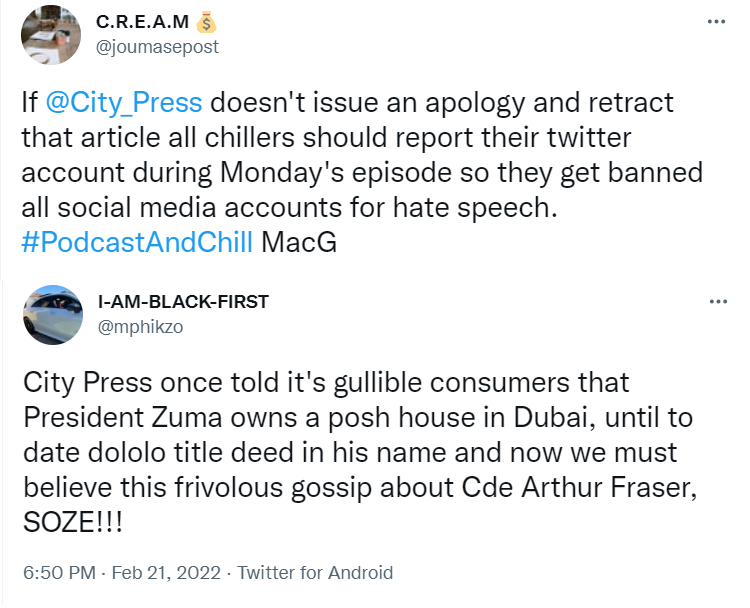 Tags
Arthur Fraser Jacques Pauw
John Israel A Send an email 22 February 2022
Back to top button
Close
We use cookies on our website to give you the most relevant experience by remembering your preferences and repeat visits. By clicking “Accept All”, you consent to the use of ALL the cookies. However, you may visit "Cookie Settings" to provide a controlled consent.
Cookie SettingsAccept All
Manage Privacy