It looks like another war is imminent between Flvme and his ex-girlfriend Ashleigh Ogle after the two separated acrimoniously.

Flvme is said to have a habit of shading her now and then but without mentioning her name. For her part, Ashleigh Ogle is always quick to see herself as the butt of the rapper’s tweets, and she never fails to respond each time, mentioning him.

In a recent tweet, Flvme, who’s currently working on an album, had stated that the last lady he had intercourse with lied and tried to publicly embarrass him. For this reason, according to him, the album will not be about her.

Of course, Ashleigh Ogle was the only one who had tried to “publicly embarrass” him. She caught his shade. Responding, she had accused him of being a woman beater while also urging him (as her lawyers had allegedly done) to leave her alone before she reacts.

A fan had shared a screenshot of her response to Flvme, tagging the rapper to it. In response, Flvme had tweeted five laughing emojis as well as a few words wondering why she thinks she was the one referred to in his tweet. You can check out the tweets below. 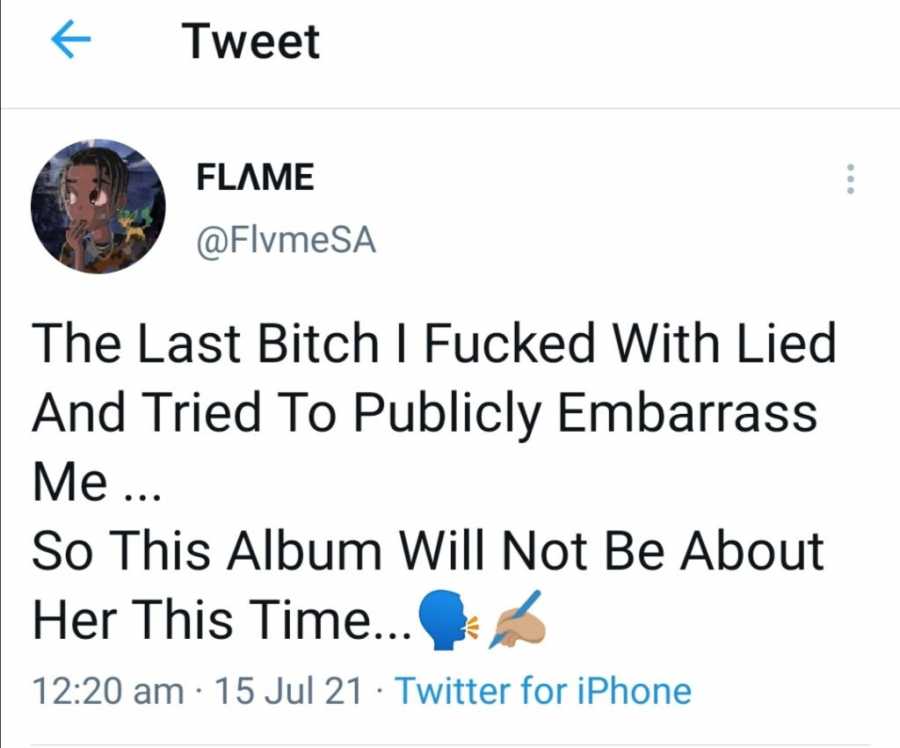 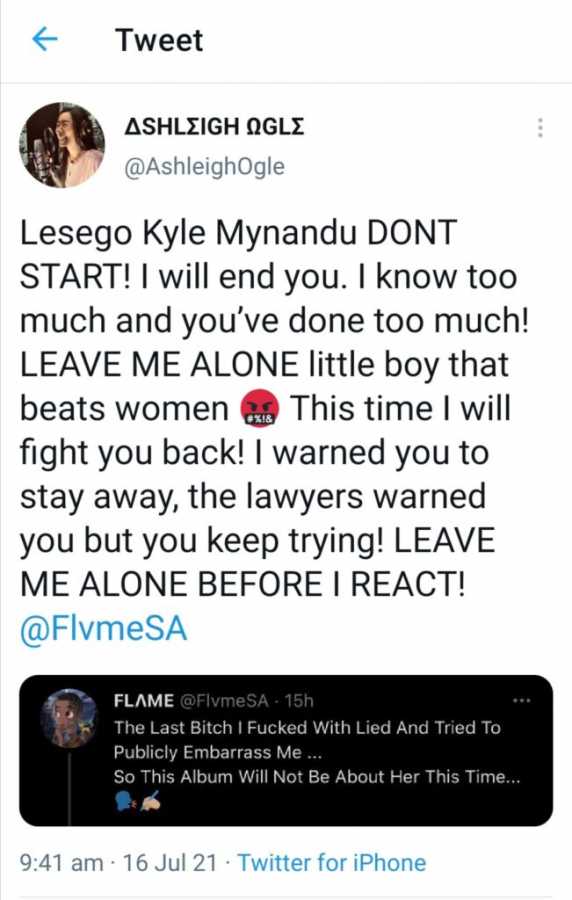 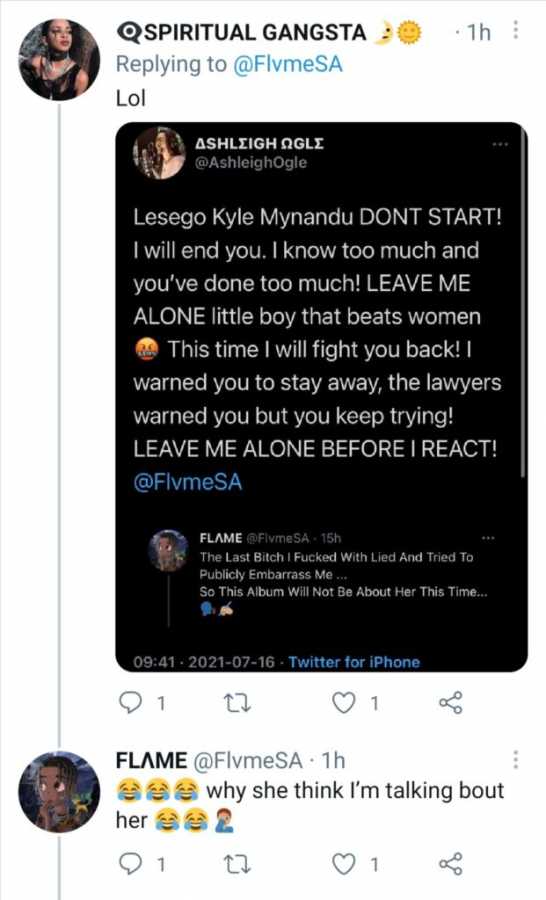