It was to have been a wonderful time in the Congolese rainforest, but something heavy fell on Ashley Judd’s leg, breaking it, according to her. She has been in excruciating pain.

According to her, she would probably have lost the leg, and her life (by internal bleeding) but there was competent help. The actress detailed her accident in a recent Instagram post, thanking, sometimes by name, those instrumental to helping her in her moment of “primal pain.”

Those instrumental to saving her at the time were no other than her “Congolese brothers and sisters.” Dieumerci, Maradona, Maud, Papa Jean and others made the team of helpers.

It was comforting having several people willing to help around, and the actress thinks she owes her survival in the jungle to them all. You may want to check out her story below. 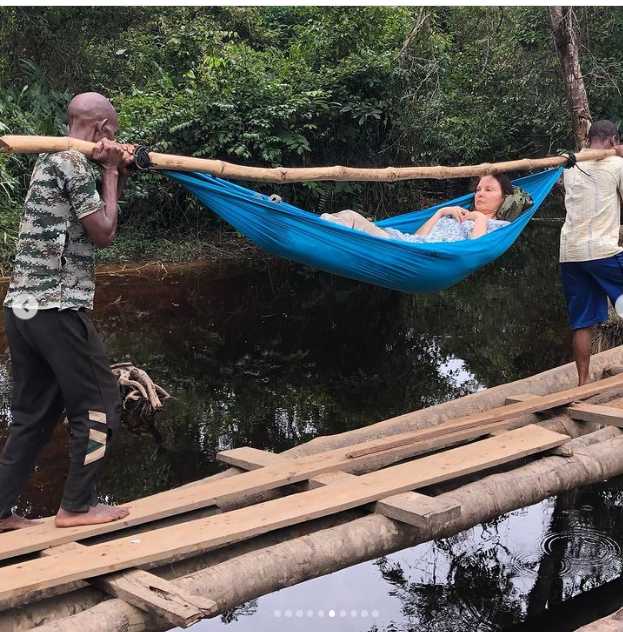 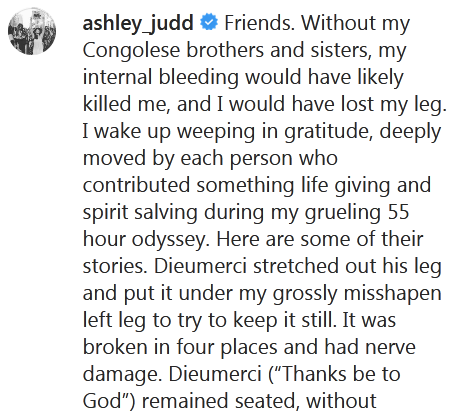 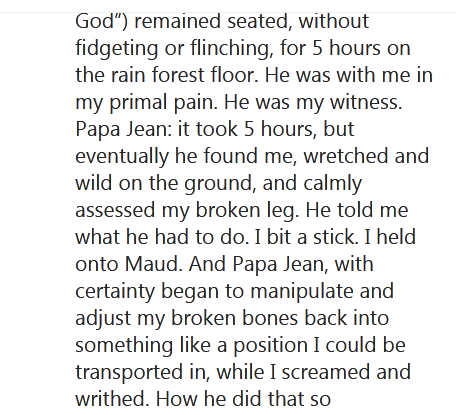 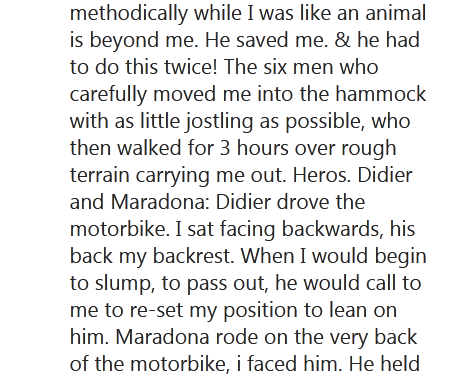 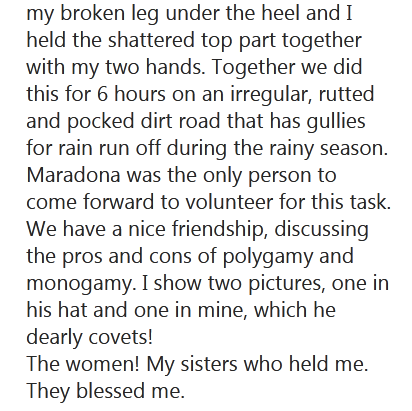 Perhaps without meaning to, Ashley Judd has show the world the raptures of brotherhood – the blessedness of altruistic interest in people, especially in their moment of great pain. Or what do you think?

By the way, the pictures she shared have elicited mixed reactions online.

Got some comforting words to share with the actress? You may want to drop them in the comment section below.