Good news is here for fans of Mampitsha and Babes Wodumo relationship. The West Ink boss has just proposed to his girlfriend of many years.

But then, watchers of the pair will not be surprised about the proposal. Mampintsha was gearing to propose for a long time and even tested the waters sometime last year. Back then, he had shared a picture of an expensive diamond ring on his Instagram page and asked Babes Wodumo if she would say yes if he proposed.

The gqom queen had dropped an emphatic “yes” in reply. Well, now, in reality, the pair has passed the rehearsal stage and Mampintsha has proposed to move things close to “permanent site” in his relationship with Babes Wodumo. Excited Wodumo wrote:

Within a blink of a eye and now I’m left speechless, the journey wasn’t easy but we stuck together through thick and thin. Ngiyabonga Mashimane ❤️❤️❤️❤️ @mampintsha_shimora

Mampitsha and Babes Wododumo have an interesting relationship. The two have fought and made up and fought and made up. Their last fight trended online as, whether by design or accident, a video appeared online of the West Ink boss lifting his hand against her. The story is different today, he has shown that Babes is the woman he wants to spend the rest of his life with, sharing the proposal video on his Instagram page, Mampintsha wrote: 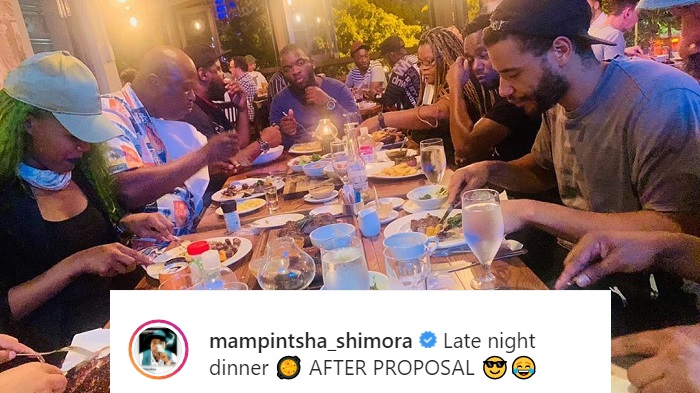 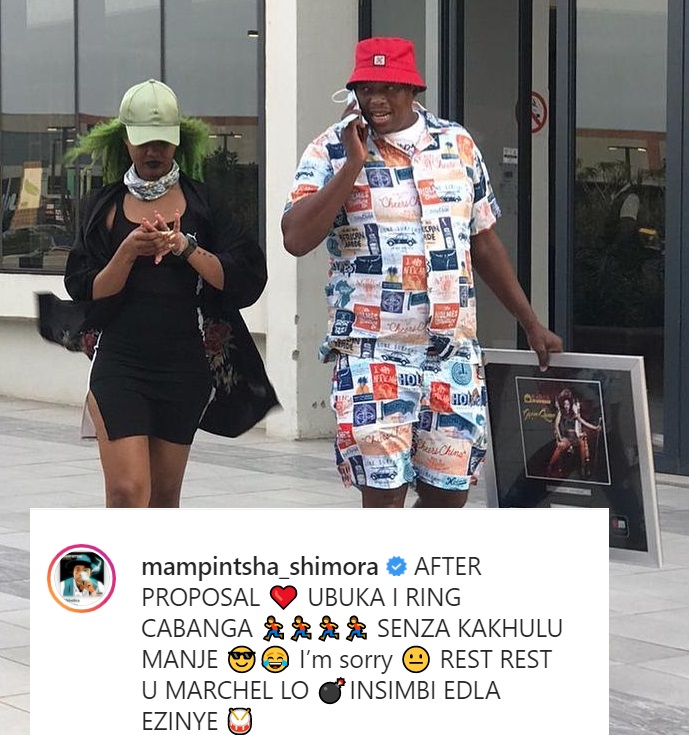 After that fight they had made up with babes Wodumo appearing on Mampintsha’s music video alongside DJ Tira and CampMasters.

Mampintsha shared clips of his proposal to Babes Wodumo, and you can check out some of them below:

Tags
Babes Wodumo Mampintsha
John Israel A Send an email 30 October 2020
Back to top button
Close
We use cookies on our website to give you the most relevant experience by remembering your preferences and repeat visits. By clicking “Accept All”, you consent to the use of ALL the cookies. However, you may visit "Cookie Settings" to provide a controlled consent.
Cookie SettingsAccept All
Manage Privacy