Zakwe released his “Cebisa” album back in 2018. The idea was to go gold the same year. But for inexplicable reasons – Zakwe attributed it to low followership – the album missed the gold mark that year.

Zakwe’s first studio album, named after himself, went gold almost immediately it was released. So Zakwe was expecting to replicate similar success with “Cebisa.” But it didn’t quite work out.

Anyway, in a rare move this year (May 2020), Zakwe literally pleaded with his fans to help him make “Cebisa” go gold. Well, it appears the fans finally listened to their idol and forked over the rand until the album was finally certified gold. 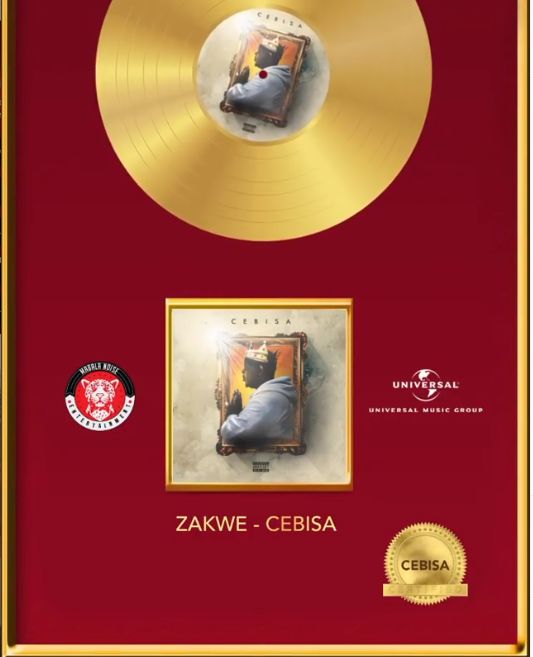 Zakwe broke the good news of his gold crown himself, via his verified Instagram page (@zakwesa), 11 hours ago (the evening of yesterday 23 July 2020). He wrote that his gold certification is now official, adding “we did it again.”

In those words, he quietly acknowledged the role of his fans in his gold success.

@stogie_t (Stogie T)
This is one of my proudest moments as an African artist. Shout out to @zakwesa @truhitz @jayclaude_ this song represents an expansive powerful South African hip hop scene that salutes excellence and lyricism. Salute more of this.

It looks like this is just the beginning of greater things for the champ, who recently raised alarm someone threatened his wife. Or what do you think? The comment section is open for your thoughts.

Tags
Zakwe
John Israel A Send an email 24 July 2020
Back to top button
Close
We use cookies on our website to give you the most relevant experience by remembering your preferences and repeat visits. By clicking “Accept All”, you consent to the use of ALL the cookies. However, you may visit "Cookie Settings" to provide a controlled consent.
Cookie SettingsAccept All
Manage Privacy