A few minutes ago today 9 July 2020, taking to Instagram, the songster informed fans he has a forthcoming single with Emtee, titled “Ngakwenzani.”

The song will herald the coming of his album “Imvula Mlomo.” The album will be available for preorder tonight, following the premiere of the track featuring Emtee. The official release date for the album is 31 July.

@aubreyqwana (Aubrey Qwana)
As we embark on this journey towards my debut album, #Inyathuko, I wanted to do something special for you and officially pave the way for the album. 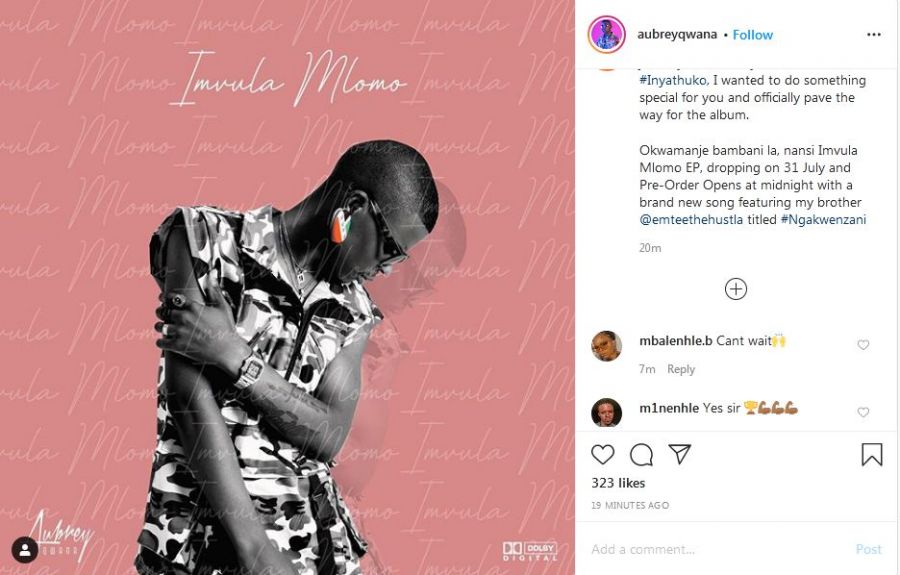 We can only imagine how explosive and Emtee and Aubrey Qwana collaboration would be. Both artistes have got great musical appeal and will make a listener’s day with their vibe, which we can’t wait to observe.

We are ready for the release of the song and the album and will update you accordingly when they drop. So bookmark this site and check back for updates.

By the way, have you any expectations regarding the imminent song and the album? Would Emtee and Aubrey Qwana ace their forthcoming song? You may want to join the conversation by dropping your thoughts in the comment section below.

Tags
Aubrey Qwana
John Israel A Send an email 9 July 2020
Back to top button
Close
We use cookies on our website to give you the most relevant experience by remembering your preferences and repeat visits. By clicking “Accept All”, you consent to the use of ALL the cookies. However, you may visit "Cookie Settings" to provide a controlled consent.
Cookie SettingsAccept All
Manage Privacy