Ayanda Thabethe has dismissed claims that she is dating a married man or even had a child for one, contrary to reports currently circulating online.

She recently gave birth to her first child and has been luxuriating in the joys of motherhood, sharing snaps of her journey with her followers on social media. However, she’s kept the paternity of the child under wraps, despite fans asking her to divulge it.

The controversial celebrity blogger Musa Khawula recently tweeted that the actress is dating Peter Matsimbe and that he’s the father of her child.

He went on to say that he was Ayanda’s dream man and that he’s dating everyone else. You can check out the tweet below. 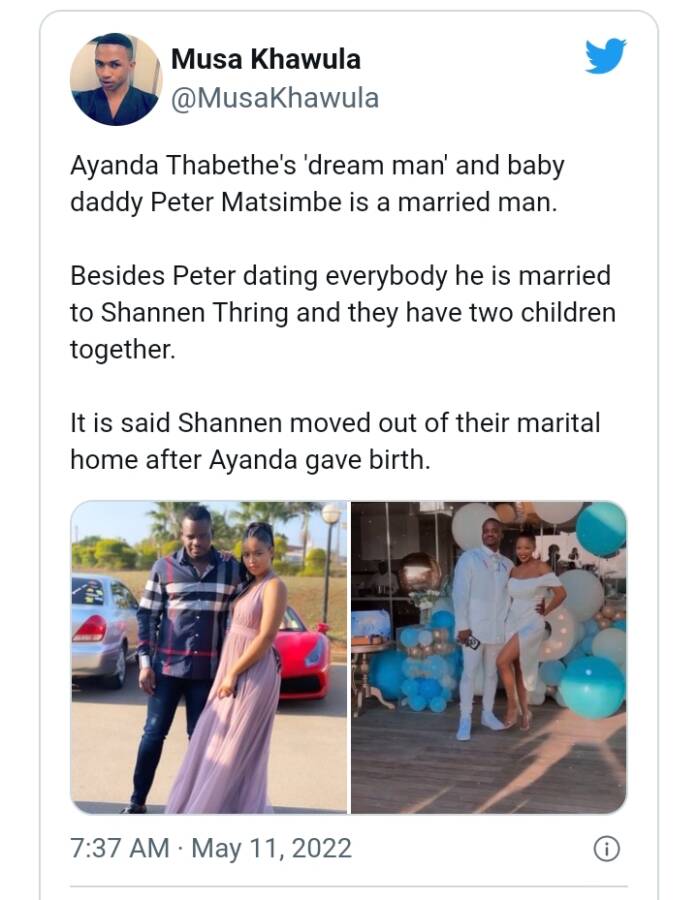 Reacting to the claims, Ayanda stated that she’s not dating a married man, nor does she have a child with a married man. She also claimed not to be engaged to one. 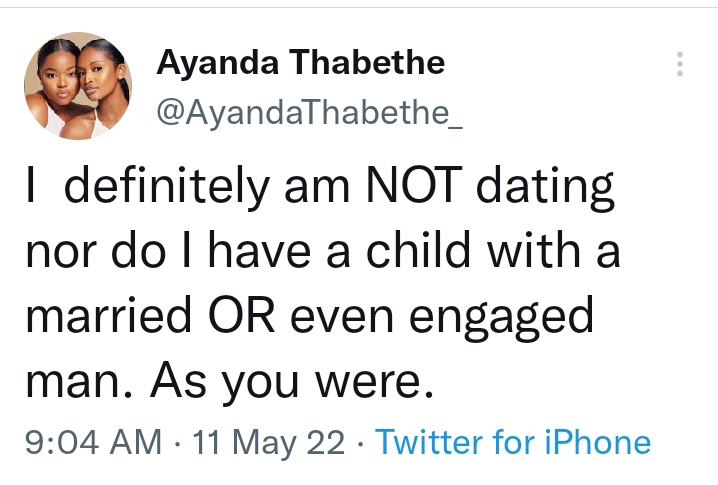 Musa Khawula has not backed down, though. And from the reactions to his post, fans seem to believe in what he wrote since Ayanda has refused to reveal the father of her child.

By keeping things hush-hush, Ayanda has joined the league of celebs with kids whose fathers are unknown because their mothers want it that way.

Tags
Ayanda Thabethe
John Israel A13 May 2022
Back to top button
4
Close
We use cookies on our website to give you the most relevant experience by remembering your preferences and repeat visits. By clicking “Accept All”, you consent to the use of ALL the cookies. However, you may visit "Cookie Settings" to provide a controlled consent.
Cookie SettingsAccept All
Manage Privacy