South Africa’s two-man band B3nchmarQ has released the tracklist for its upcoming  “Power Trip” album. The group shared the tracklist on its Twitter account today 19 February, letting fans know the release of the compilation is imminent. 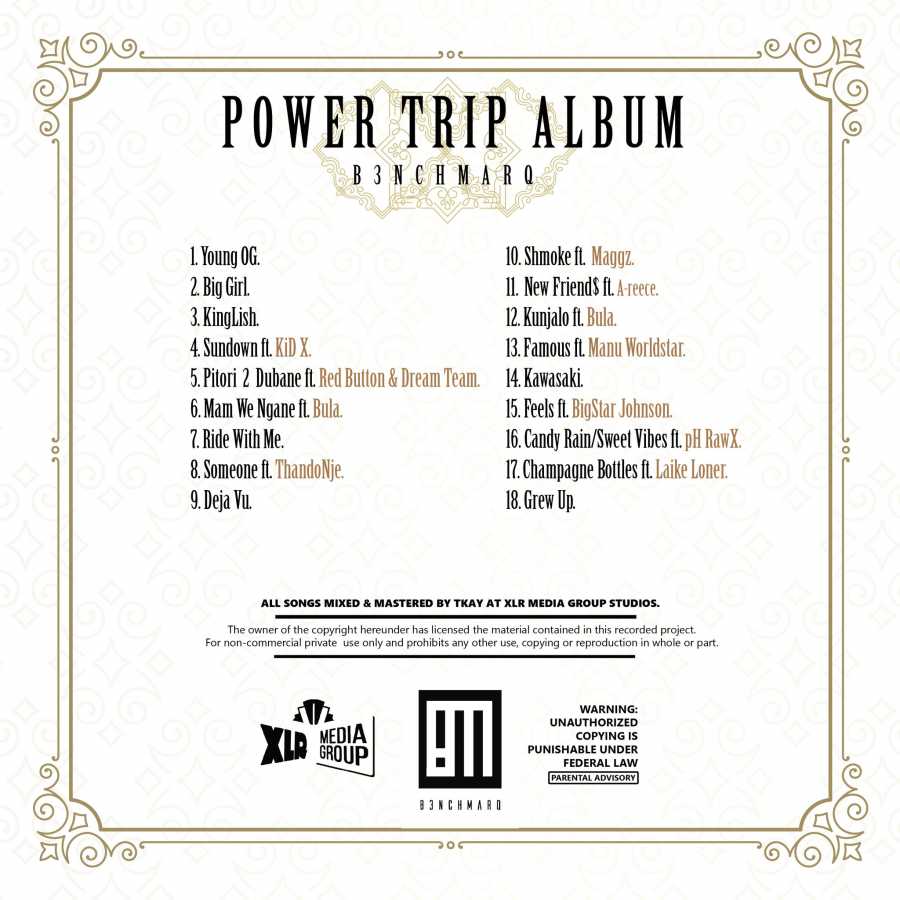 It’s an impressive list, really. Not surprisingly, it is currently generating excitement in music circles in South Africa. The basis for the choice of guests, according to B3nchmarQ, responding to a fan on Twitter today 19 February, is to tell their story as thoroughly as possible on the imminent compilation – their first album.

It remains to be seen how well the two friends tell the story of their evolution as South African artistes. At any rate, we’ll be looking out for the album and will share it with you all on release. In order not to miss it, you might want to follow our social media channels as well as subscribe to our newsfeed and stay tuned for updates.

Have you any expectations regarding the album?