Trust fans to always want juicy details on the relationship between their favourite celebrities. For so long fans have wondered how Hip-hop borthers, Pjay of B3NCHMARQ and A-Reece get along with each other.

Finally, they’re getting those details. Replying a fan who asked about it on Twitter, Pjay revealed that he gets along just fine with his younger brother. However, in an effort to quench fan thirst with more juicy details, the talented rapper reveals they “dont get along” because Reece refuses to do his duties.

According to him, he can’t stand him everytime he comes up with an excuse just to get out of doing his chores. His tweet also got a reply from his mother. He, however, agreed to dropping a joint single with Reece. We wonder if that is actually going to happen. 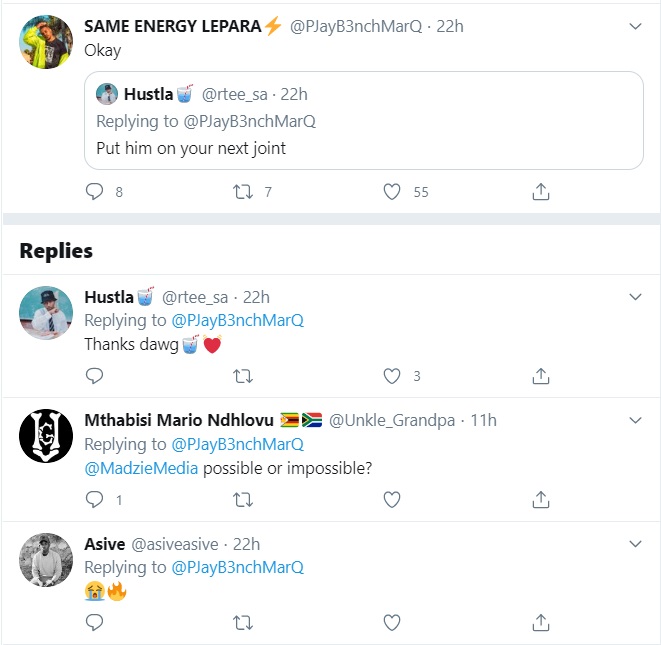