Your gqom favourites Babes Wodumo and Mampintsha are the new parents in town and they cannot contain their joy.

It’s been months since Babes Wodumo let the world know about her pregnancy, and how excited she and her husband were about becoming parents for the first time. It hasn’t been a rosy ride for the pair since the announcement, though.

At some point, Mampintsha’s mother had popped in the story, publicly condemning the “Wololo” hitmaker and even asking her to go ahead and give birth to a cat or whatever. She had also insinuated Babes Wodumo was faking her pregnancy.

Well, all the news is over right now, as Babes Wodumo has finally given birth to a child. The sex of the baby has not been revealed yet. But that’s by the way. What’s most important to Babes and her man is that they have a child and the child is healthy.

DJ Tira, who had managed Mampintsha as an artiste at some point, had shared a picture, on Instagram, of the happy couple with their first child, lavishing them with his congratulation. See below. 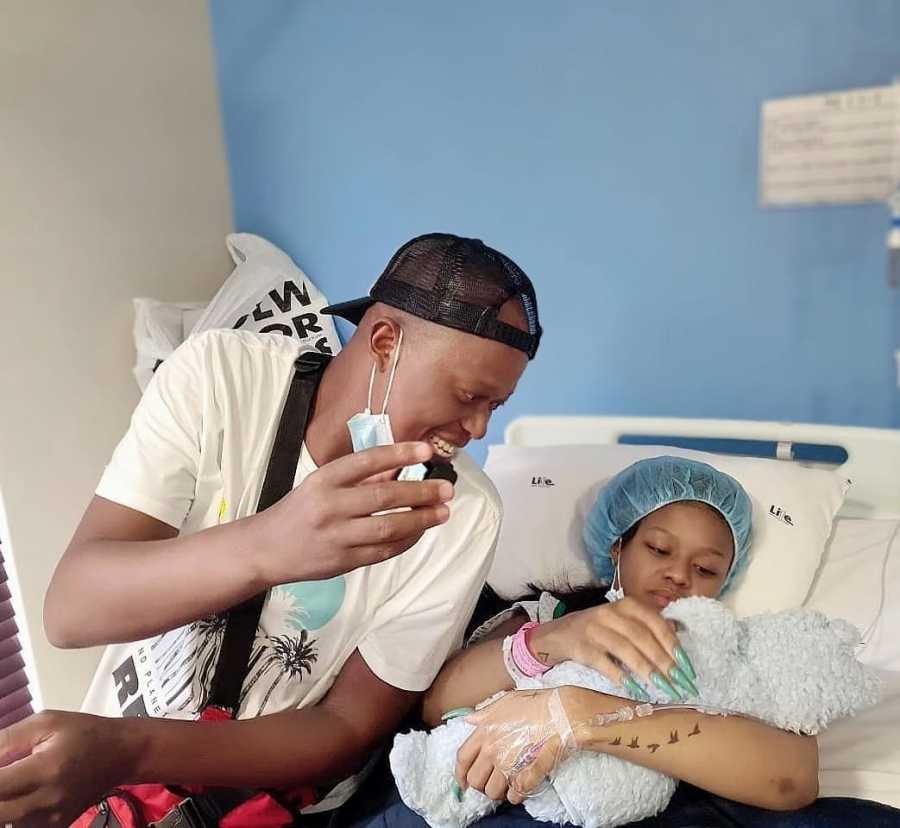 Got some kind words to share with Babes Wodumo and Mampintsha? You’re welcome to srop them in the comment section below.