Former Big Brother Mzansi has informed his fans of an Instagram Live session with him later this evening, April 20, and there is palpable excitement among his fans.

They can’t wait, so they have been trending a hashtag to show they can rely on the reality star to keep his word and address them later today by 8 pm.

Know collectively as Ghostnation, Themba’s fans are among the most devoted out there, never tiring of hyping their man. Although they were unsuccessful in making him win the third season of Big Brother Mzansi, they have not backed down in their loyalty.

Actually, Themba was a favourite to win the show. By a quirk of fate, though, he emerged third, after Gash1 and Mpho Wabadimo (winner).

In the aftermath of his loss, his fans had banded together to donate money to him via a GoFundMe account so that he could open a new tattoo studio. The one he had before had burned down even before he made it to the Big Brother Mzansi house.

And for those who have been criticising him for his life’s choices, his fans are adamant those should shut up and let him live his life. You can check out some of what his fans are saying below. 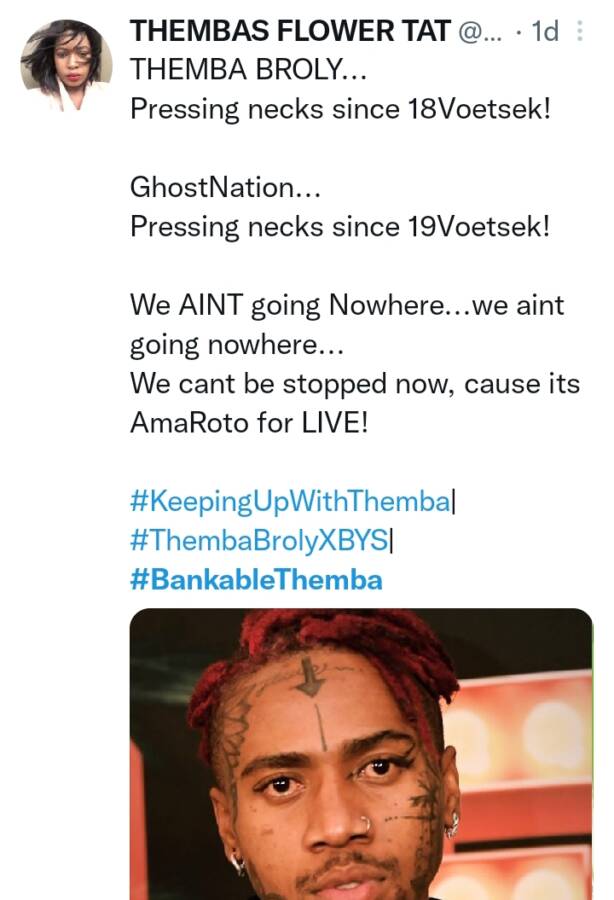 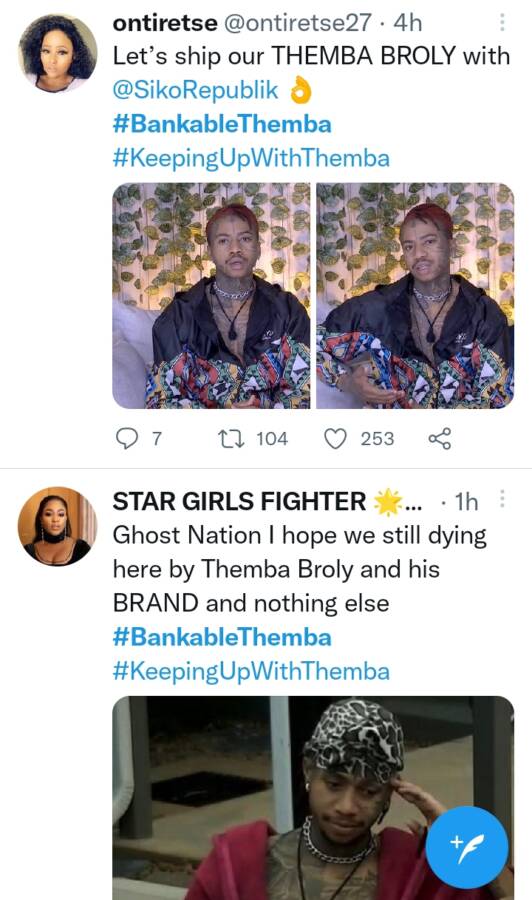 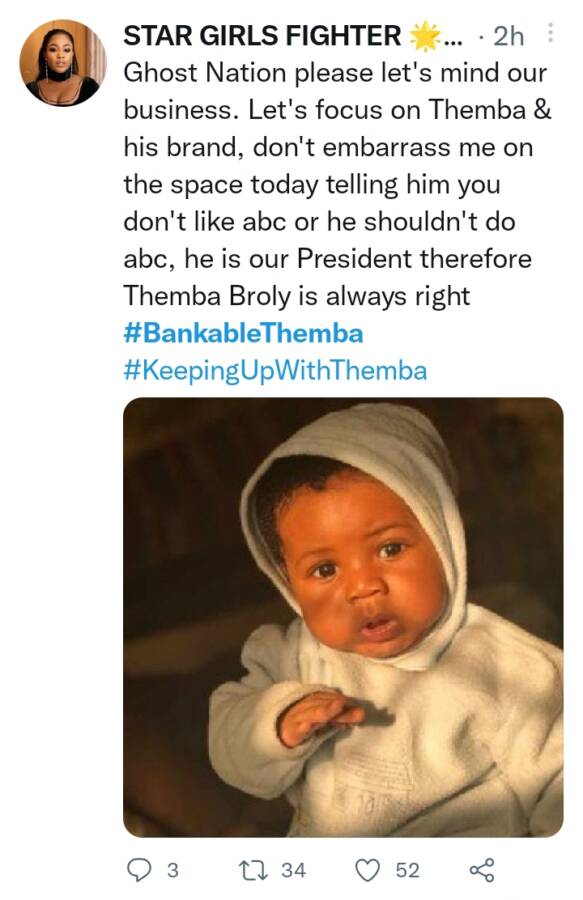 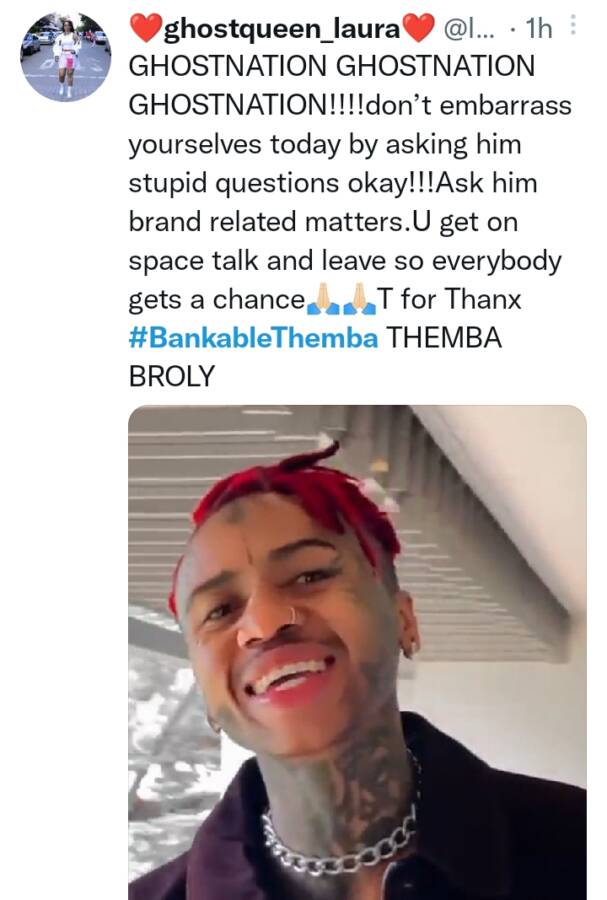 Tags
Themba
John Israel A Send an email 20 April 2022
Back to top button
Close
We use cookies on our website to give you the most relevant experience by remembering your preferences and repeat visits. By clicking “Accept All”, you consent to the use of ALL the cookies. However, you may visit "Cookie Settings" to provide a controlled consent.
Cookie SettingsAccept All
Manage Privacy