Everyone needs a president as Hip as Barack Obama. It has become a norm to receive playlists from the former US president. The tradition of sharing playlists continued yesterday, Monday, August 17, 2020 when he released his Summer 2020 playlist.

African artists including Wizkid, Davido, Burna Boy, Shatta Wale and Tems are also included in it. We must say, this is one loaded playlist with various styles of music from Reggae to Rap, Soul, Alternative and more.

The new playlist is packed with both recent and previous releases including “My Future” by Billie Eilish, “For What It’s Worth” by Billy Porter, “Already” by Beyoncé and Shatta Wale, “Smile” by Wizkid and H.E.R, the viral hit “Don’t Rush” by Young T, Bugsey & Headie One and more. 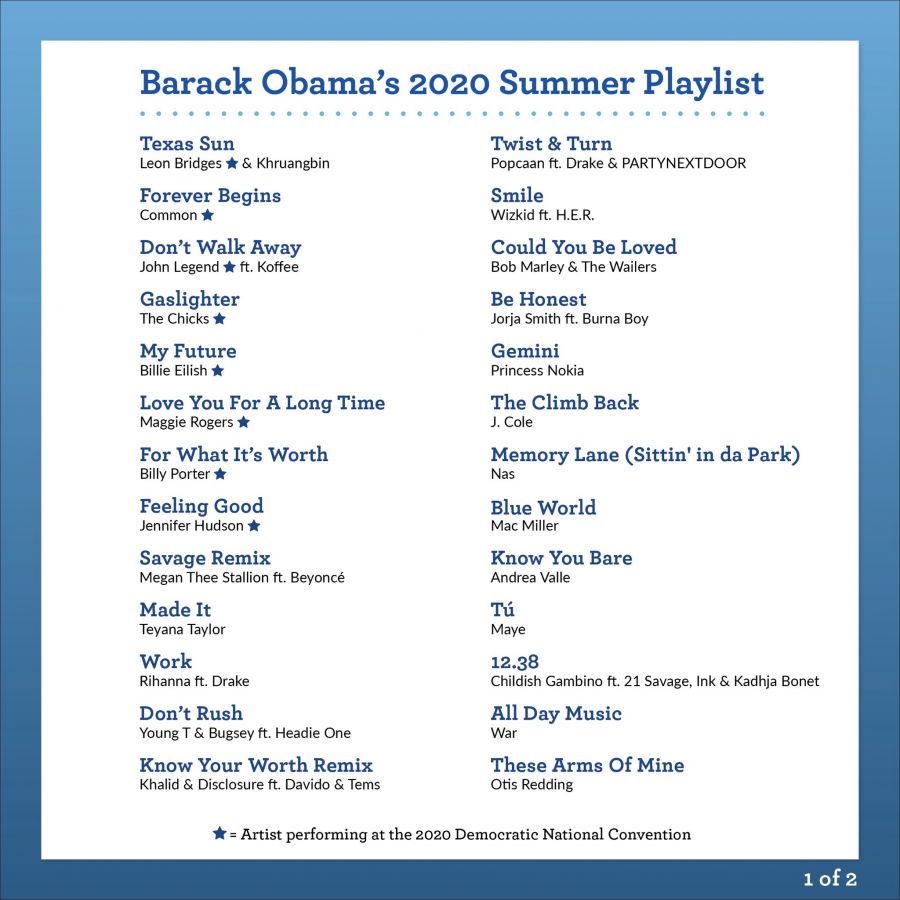 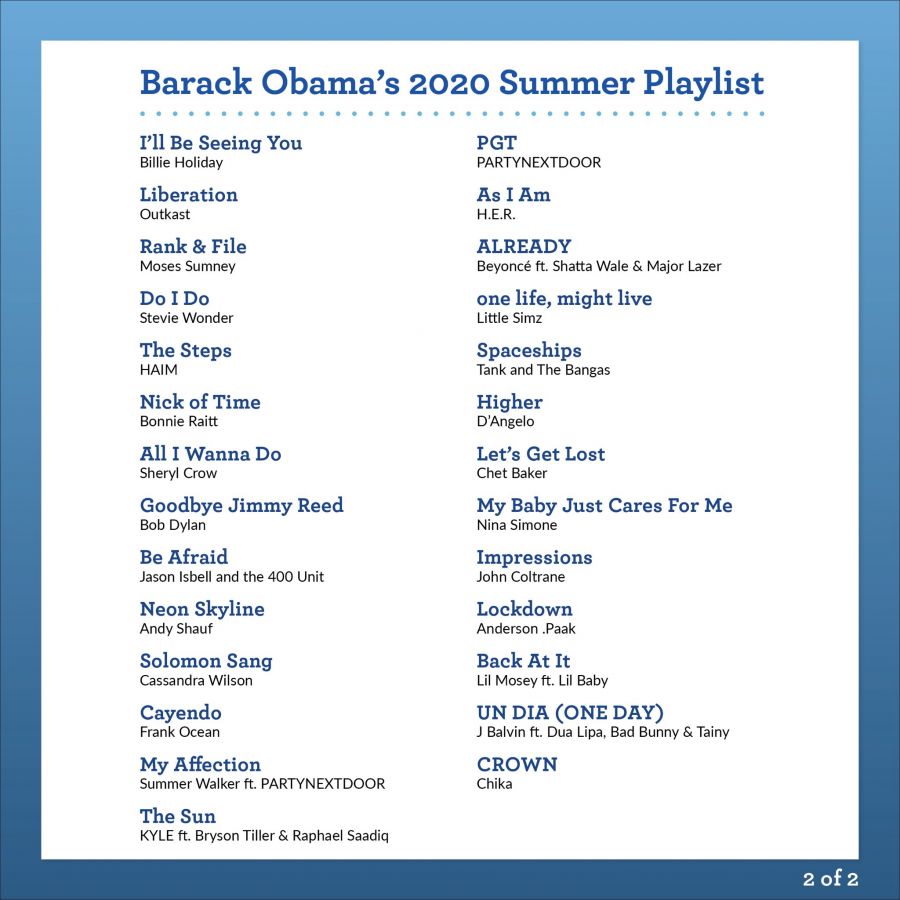 Tags
Barack Obama
John Jabulani Send an email 18 August 2020
Back to top button
Close
We use cookies on our website to give you the most relevant experience by remembering your preferences and repeat visits. By clicking “Accept All”, you consent to the use of ALL the cookies. However, you may visit "Cookie Settings" to provide a controlled consent.
Cookie SettingsAccept All
Manage Privacy