Big Brother Mzansi is currently trending in South Africa, and it appears like there would be no end to the drama and the interest in the reality show.

Fans who saw the performance were so impressed that they took to social media to share their delight with what she did that night.

One fan noted that DBN Gogo’s performance hit very, very hard and that it cannot be undone.

DJ Speedsta was also on the ground for a performance as well, and fans thought he was just as good and made the time spent watching the show worth it. Some viewers were not impressed, though. And they considered him a disappointment. 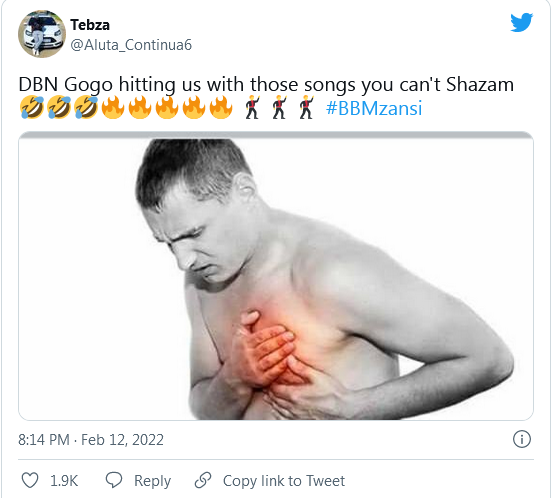 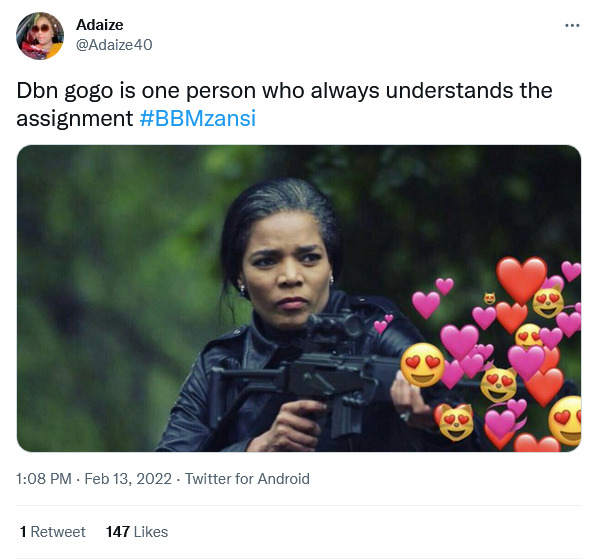 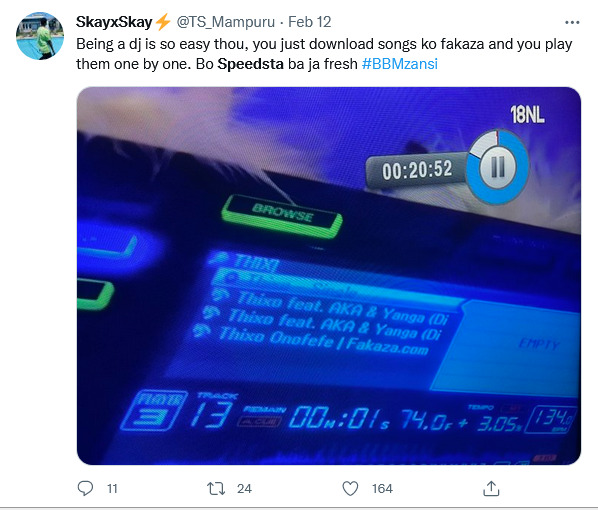 The Big Brother Mzansi reality show is currently in its third season. The show was ditched after its second season for lack of sponsorship, leaving many across South Africa moody.

With the announcement and commencement of the third season, the smiles appeared to have returned to the fans of the soaraway show. Viewers have been glued to their screens since the show returned, hyping the housemates they want to win.

Tags
#BBMzansi Big Brother Mzansi DBN Gogo Dj Speedsta
John Israel A14 February 2022
Back to top button
Close
We use cookies on our website to give you the most relevant experience by remembering your preferences and repeat visits. By clicking “Accept All”, you consent to the use of ALL the cookies. However, you may visit "Cookie Settings" to provide a controlled consent.
Cookie SettingsAccept All
Manage Privacy