It’s been a long and exciting journey for the peeps in the Big brother Mzansi house as the third season’s finale draws close. Of course, every housemate has their army rooting for them. But who goes home with the R2 million prize at the end of the.

According to some fans, anyway, hot in the running to win the race are Mpho, Libo, and Thato.

Mpho’s fans are irritated that peeps should try to “decampaign” her. As far as they’re concerned, that camping wouldn’t stop her from taking home the prize at the end of the end. They cited the fact that she’d escaped eviction each time. 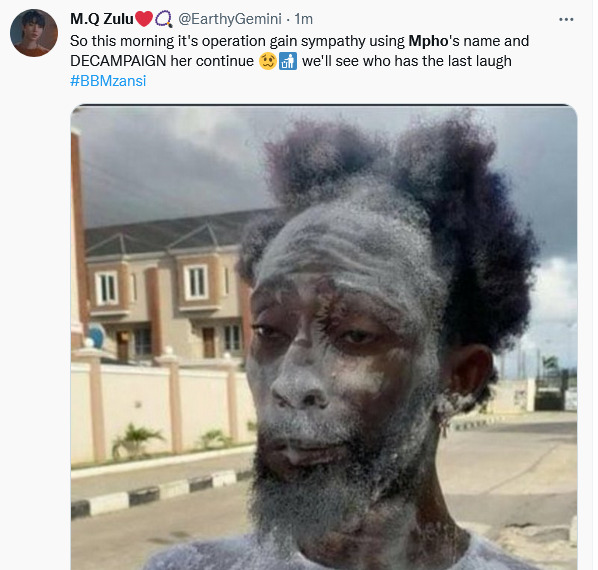 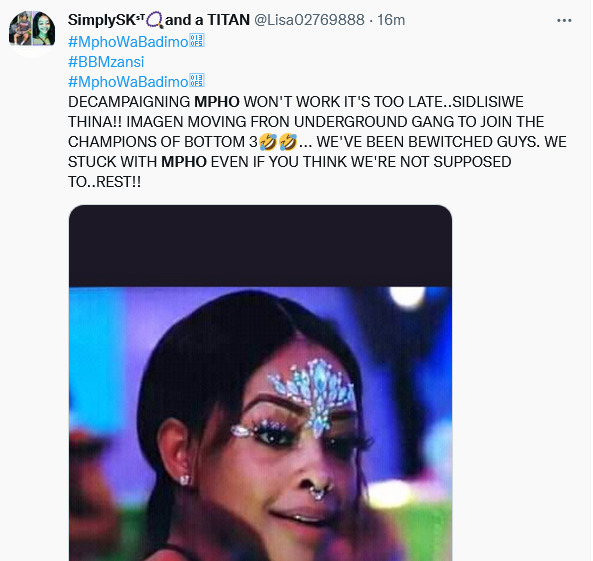 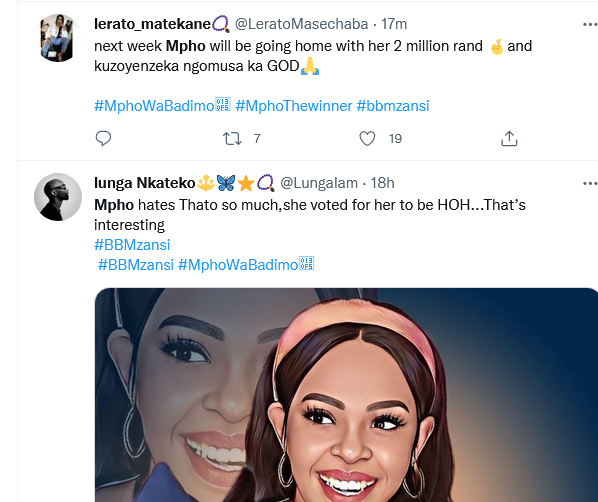 For Libo’s fans, victory is just in the corner for their man. For one, he’s a friend, a good man. They pointed to how he had shown brotherly love and even hurried to make tea for him.

Thato’s fans have a different narrative, however. According to them, the housemate is one lady every lady should be proud of. They cited how she could hold a plate while standing for almost 10 hours. 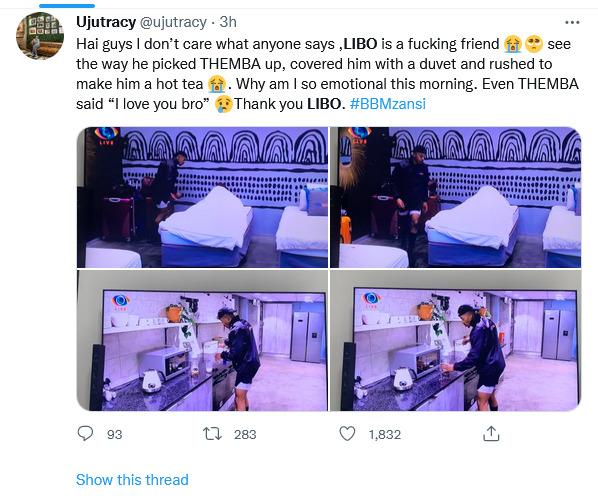 Immcaulates todays hashtag is #WeProudOfThato she really did amazingly well as the only female there🔥🔥♥️ may everything else that happens favour her, May his will be done #BBMzansi pic.twitter.com/3UhXVHRLAJ

If winning games were to determine who would emerge a show’s winner, which is now in its third season, then Mzansi could quickly point the winner right away.

But it’s not as simple as that.

Tags
Big Brother Mzansi Libo Mpho Thato
John Israel A Send an email 21 March 2022
Back to top button
Close
We use cookies on our website to give you the most relevant experience by remembering your preferences and repeat visits. By clicking “Accept All”, you consent to the use of ALL the cookies. However, you may visit "Cookie Settings" to provide a controlled consent.
Cookie SettingsAccept All
Manage Privacy