Veto. Veto power. But some peeps would rather call it vito. It’s the power vested on a housemate (head of house) to rescue another housemate who has been nominated for eviction in the Big Brother Mzansi house.

Themba, who had served as deputy head of house to Libo, took over the reins as head of house with minimal effort. Yeah, the housemates were unanimous he should lead, unlike previously when potential heads of house had to fight their way to the title through hoops.

With Themba as the new head of house, he gets to enjoy many privileges, including being taken out of the eviction for the week he holds the HOH position, as well as having the choice to pick their deputy head of house.

But some viewers consider the veto power the ultimate per of that office in that it empowers the HOH to rescue someone from the eviction nomination list and replace them with someone else. 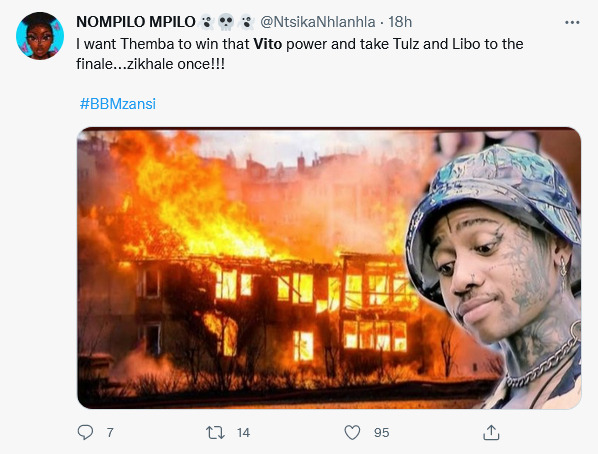 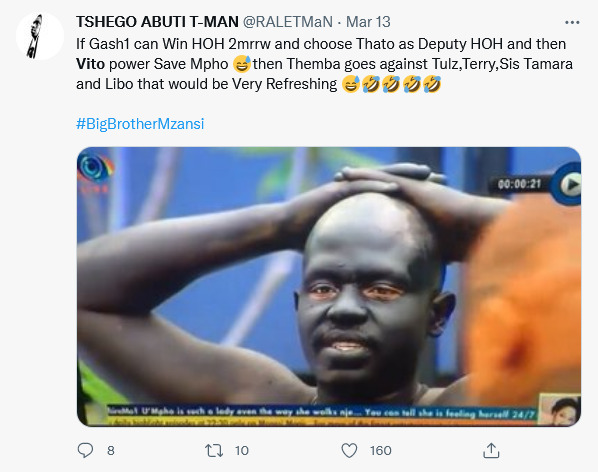 These privileges might make some HOH complacent, so Biggie turned the tables a little, giving the housemates the ultimate veto power.  The joke then became that even Themba might no longer be secure in his position. The power of veto – that some South Africans would rather call vito.

Tags
Big Brother Mzansi
John Israel A15 March 2022
Back to top button
Close
We use cookies on our website to give you the most relevant experience by remembering your preferences and repeat visits. By clicking “Accept All”, you consent to the use of ALL the cookies. However, you may visit "Cookie Settings" to provide a controlled consent.
Cookie SettingsAccept All
Manage Privacy