Libo is the new Head of House (HOH) in the Big Brother Mzansi house. That position empowers him to pick his deputy, and he was quick to pick a ghost…

Er, we mean, he picked Themba the Ghost as the Deputy Head of House (DHOH). The pair shared a stylish handshake soon after.

As a rule, the position of Head of House is rotated among the housemates each week. To get to the position, usually, a housemate has to win something – whatever challenge Biggie should give to the house.

Several other housemates had won the position before Libo. Selecting the position of deputy is usually the prerogative of the head of house.

The reactions to Themab as the DHOH have been mostly positive. With his position as Deputy Head of House, Themba has been temporarily saved from eviction. 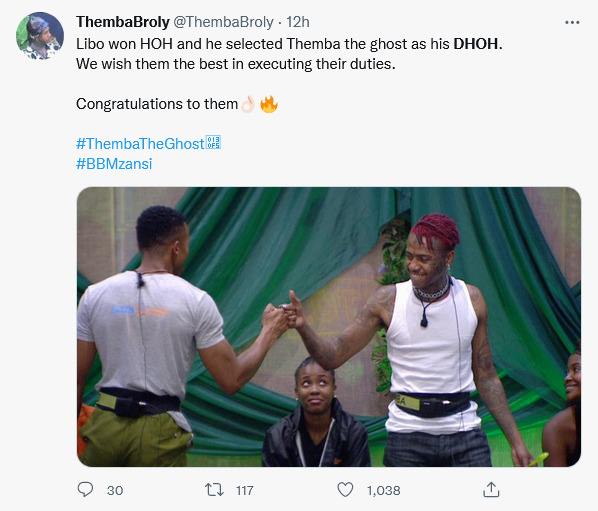 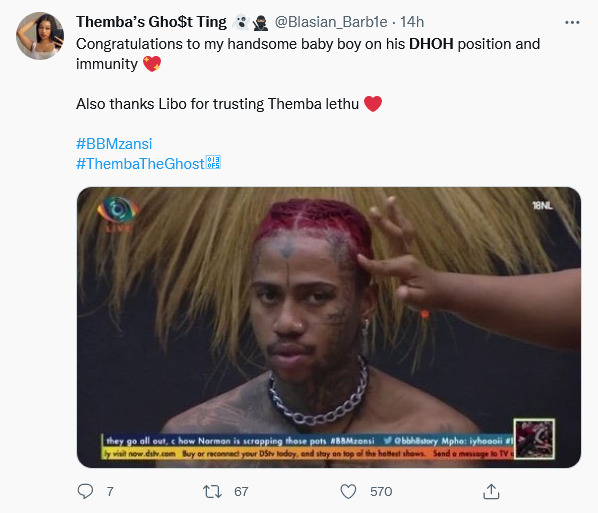 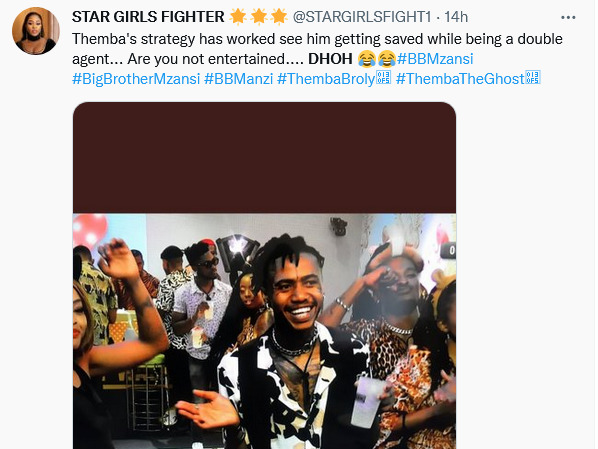 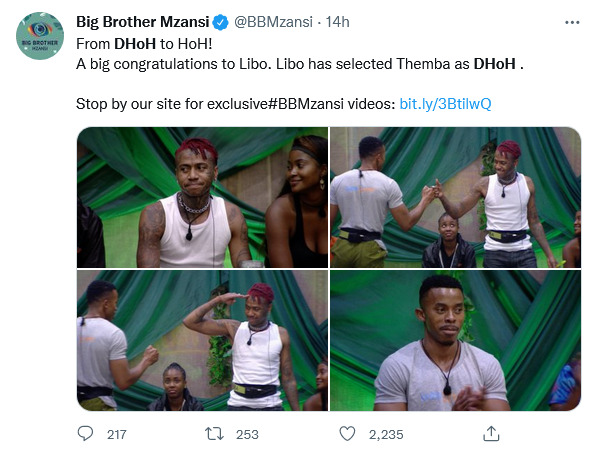 The position of Head of House confers several privileges to the holder, including having a personal bedroom. However, it is not an assurance that the holder will ultimately walk home with the R2 million prize.

That notwithstanding, Themba is among the favorites to win the star prize. It remains to be seen how far he will go. Stay tuned if you please.

Tags
#BBMzansi Big Brother Mzansi Themba
John Israel A Send an email 8 March 2022
Back to top button
Close
We use cookies on our website to give you the most relevant experience by remembering your preferences and repeat visits. By clicking “Accept All”, you consent to the use of ALL the cookies. However, you may visit "Cookie Settings" to provide a controlled consent.
Cookie SettingsAccept All
Manage Privacy