Mpho’s kitchen adventure in the Big Brother Mzansi house appeared not to have gone well. And she became a topic of discussion among viewers.

She was trying to make phuthu and somehow, according to some viewers, she didn’t get it right. Some of her critics used that phuthu fail to lash out at her for not being competent in the kitchen.

One of her critics mentioned that Mpho had dissed the phuthu prepared by Venus, another Big Brother Mzansi housemate, only for her, Mpho, to make something that appears worse.

Some viewers think what happened was not a culinary fail, after all, but Mpho’s strategy to elicit sympathy that will see her remain in the Big brother Mzansi house and ultimately win the grand prize of R2 million.

With viewers unable to agree on what led to the phuthu disaster in the Big Brother Mzansi house, it would be interesting to see what will play out after the phuthu fail. You can check out some of the reactions so far below. 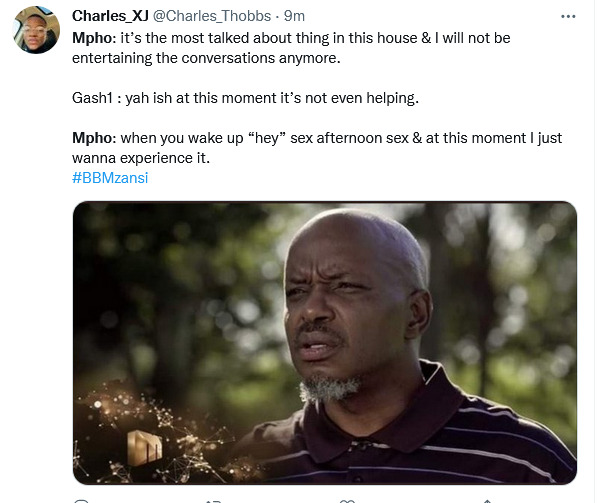 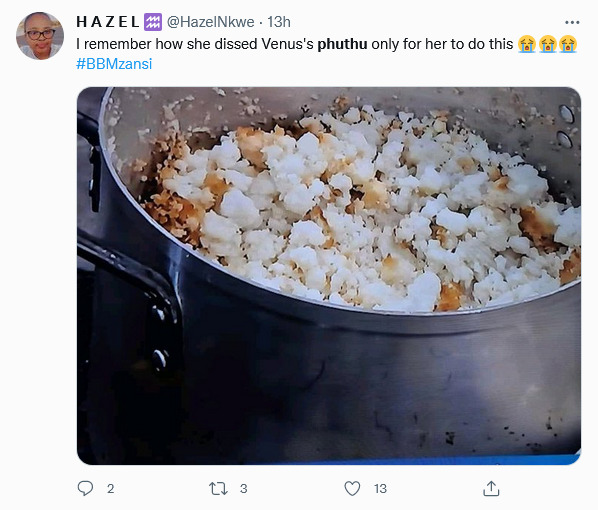 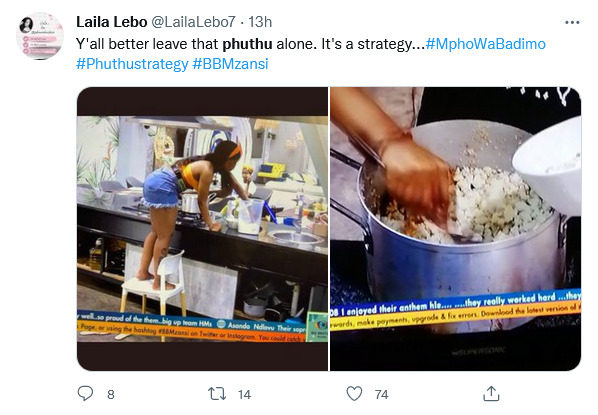 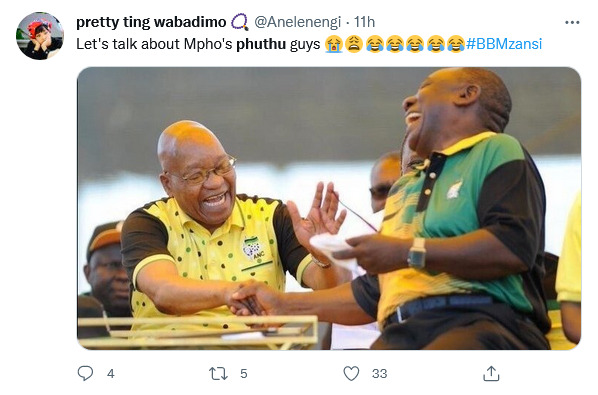 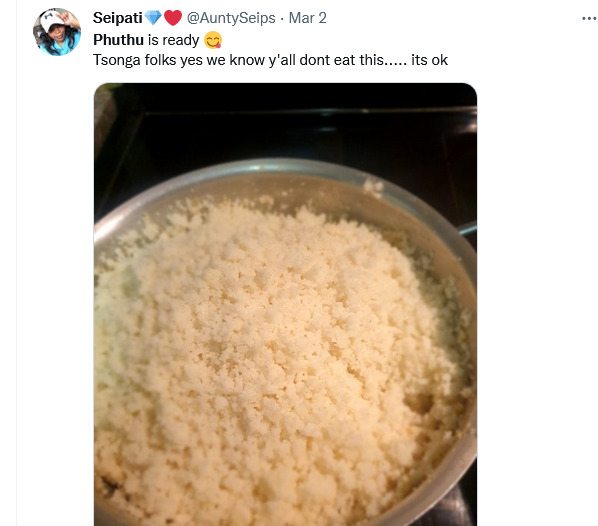 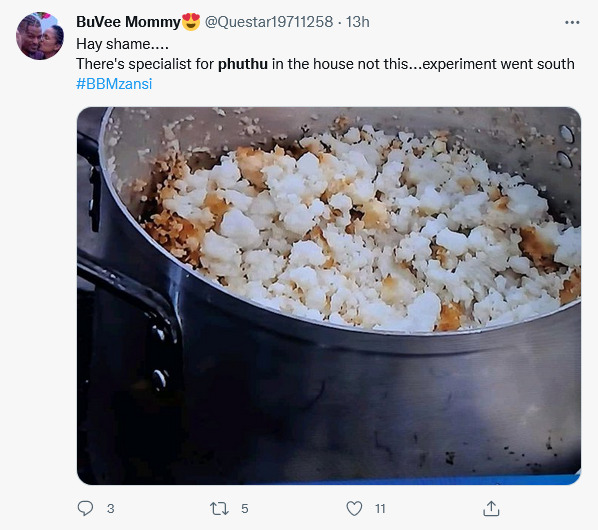 By the way, the Big brother Mzansi reality show is currently in its third season. The show was previously discontinued for what the organizers dubbed lack of sponsorship. The return of the show left South African jubilant.

Tags
Mpho
John Israel A Send an email 4 March 2022
Back to top button
Close
We use cookies on our website to give you the most relevant experience by remembering your preferences and repeat visits. By clicking “Accept All”, you consent to the use of ALL the cookies. However, you may visit "Cookie Settings" to provide a controlled consent.
Cookie SettingsAccept All
Manage Privacy