Some were gold, and some were dross. Phyna was the “gold” t the season’s finale of the reality show Big Brother Naija. She was declared winner over the weekend, and Nigerians have been reacting to her victory since.

With her victory, Phyna became the second female to win the prize in the history of the Big Brother Naija reality show.

The reactions to her win have been overwhelmingly positive, with many tweeps noting that she deserves what she got. One fan even claimed (recalled) a moment when Biggie had told her that it doesn’t matter if her game was flawed so long as she won the prize. 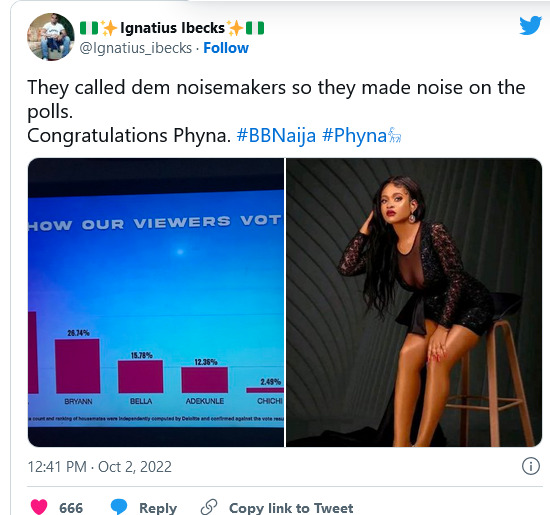 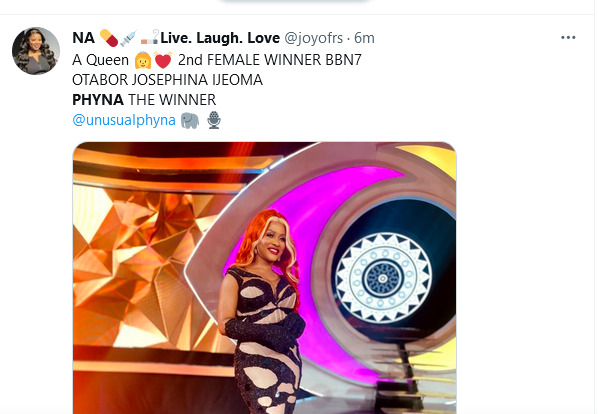 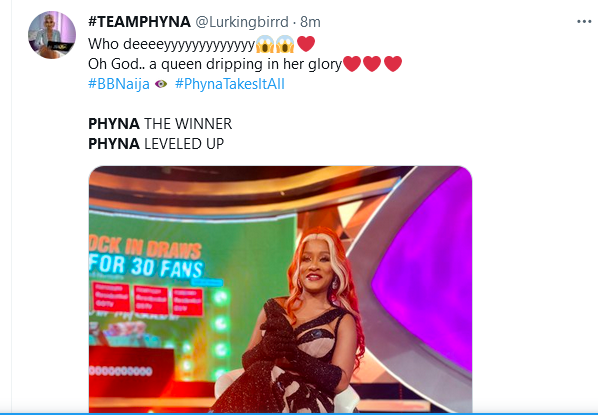 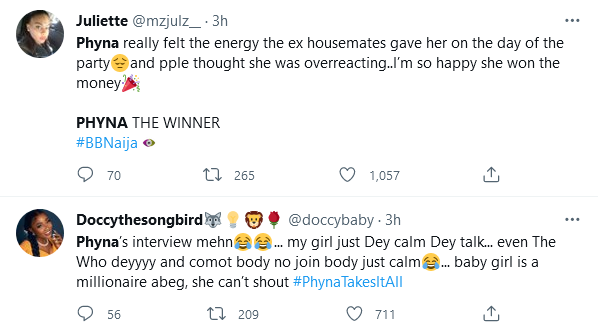 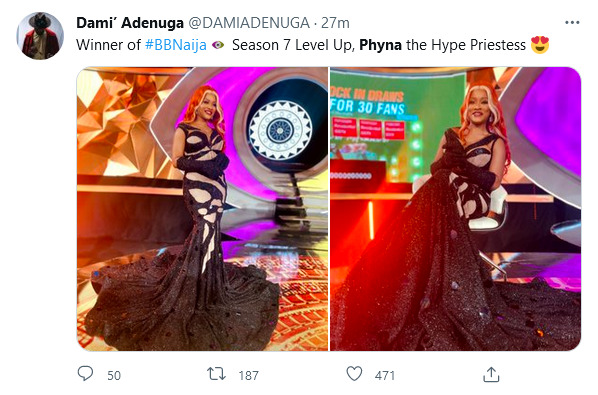 Well, she did win, and she could not be happier.

The Big Brother Naija reality show has just ended its 7th season, with Phyna as the winner. This season will go down in history as one many Nigerians adamantly failed to pay close attention to because of the election season close by. Many even asked the organizers to defer the show until after the elections.

Of course, the organizers didn’t listen, and things went on as planned. But the show failed to trend on social as often as it did in previous seasons.

Tags
Big Brother Naija Phyna
John Israel A4 October 2022
Back to top button
Close
We use cookies on our website to give you the most relevant experience by remembering your preferences and repeat visits. By clicking “Accept All”, you consent to the use of ALL the cookies. However, you may visit "Cookie Settings" to provide a controlled consent.
Cookie SettingsAccept All
Manage Privacy