Coupling is one thing many viewers look forward to in the Big Brother reality show, and even the merging of Nigerian and South African contestants in what is now known as #BBTitans has not changed that reality.

People want to see the “ships” and most times end up “shipping” before the “ship” actually takes deep roots. Anyway, #BBTitans appears to have gotten a new couple in Juicy and Yvonne. The one is Nigerian and the other is South African.

Viewers are pretty pleased about what is looking like a relationship between the two. In fact, as far as some viewers are concerned, this is a serious relationship that will unite Nigerians and South Africans who have sporadically been at war over xenophobia in the Rainbow Nation.

A look through Big Brother’s history shows that not all relationships that take root in Biggie’s house eventually progress into serious and permanent. In fact, most people are just there to have a good time and go their way.

But would the case of Juicy and Yvonne be any different? That’s one question time will likely answer in the coming days. In the interim, you may check out what fans are saying about the couple.

Juicy and Yvonne are so cute 🥰 . It’s the goodnight kiss for me n the pathing ways 😂 Eating good #BBTitans pic.twitter.com/WqnfinZpA5 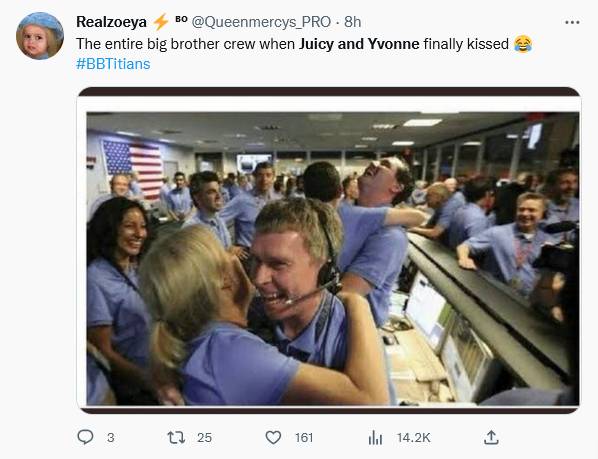 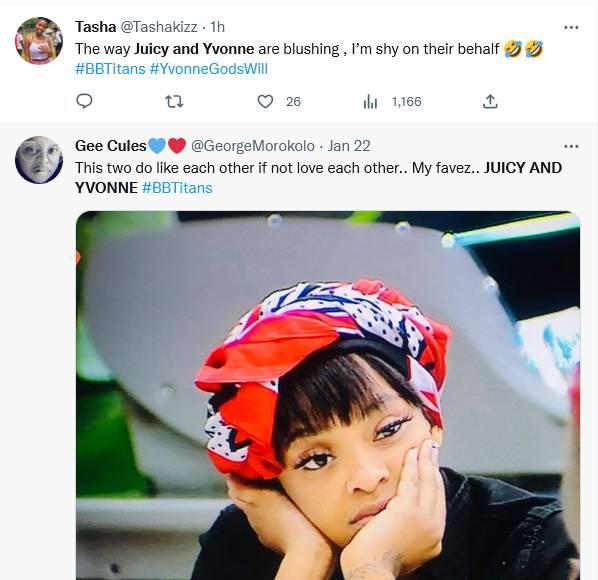 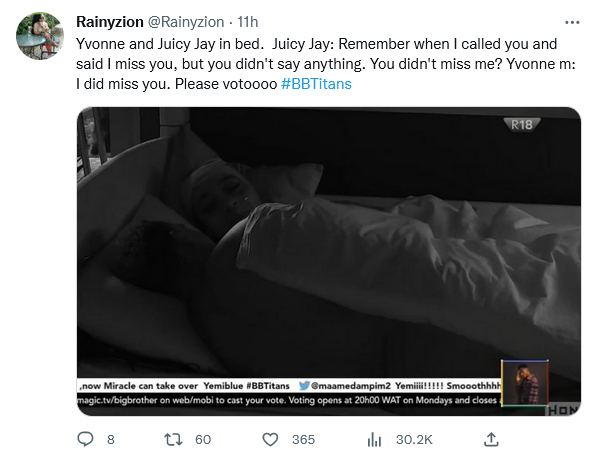 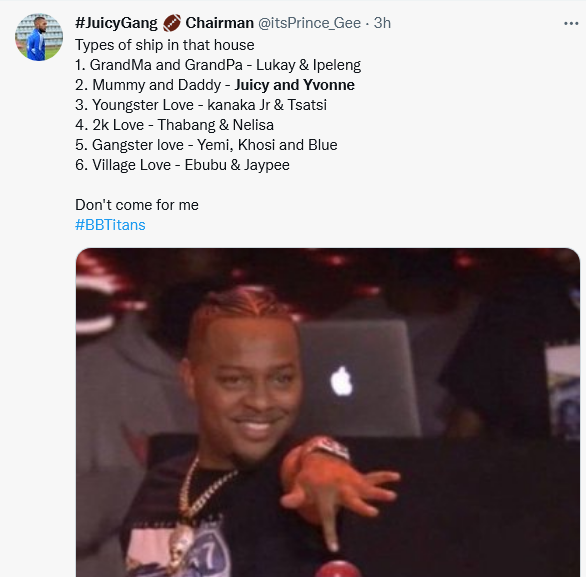 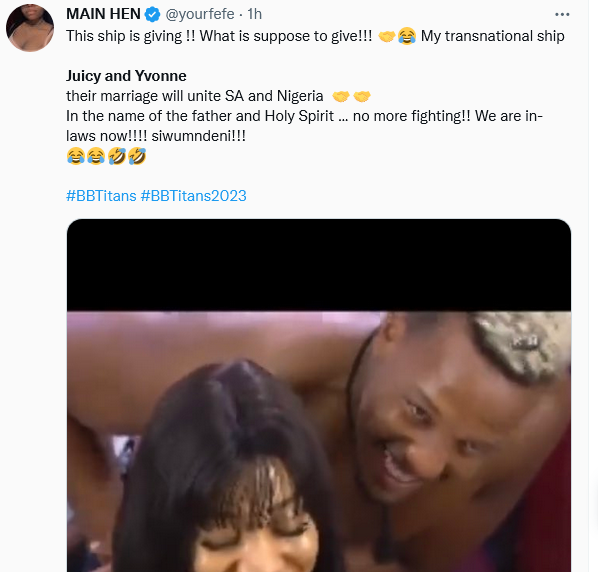 Tags
BBTitans Juicy Jay Yvonne
John Israel A25 January 2023
Back to top button
4
Close
We use cookies on our website to give you the most relevant experience by remembering your preferences and repeat visits. By clicking “Accept All”, you consent to the use of ALL the cookies. However, you may visit "Cookie Settings" to provide a controlled consent.
Cookie SettingsAccept All
Manage Privacy