Big Brother Titans is the in-thing for many in Nigeria at the moment as it is the first time the Big Brother reality show will be bringing together Nigerian and South Africans together for a single show. And, already, the housemates are coupling up and stoking the fires of drama in Biggie’s house.

Khosi and Miracle have since captured the attention of fans of the reality show, with many unable to get enough of them. They are a force or team of sorts and many viewers were pleased with how they had cheered others and even gotten cheered when it was their turn.

As far as some viewers were concerned, Khosi and Miracle, who are now affectionately called Khosicle by fans, made the best presentation. You can check out some of the comments below.

You see the energy from Khosi and Miracle is everything. Delm
Their story for the performance is how he fought for his ❤️ and how women are respected in igbo land. I am thinking Miracle was a warrior in his former life. The performance CHOKE. #BBTitans pic.twitter.com/9yDKEclCUn 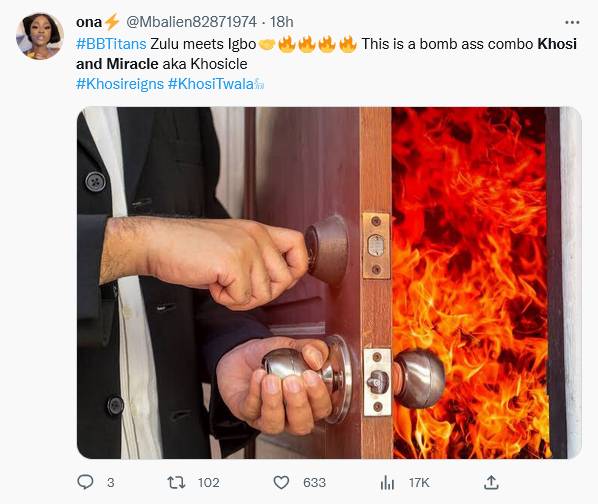 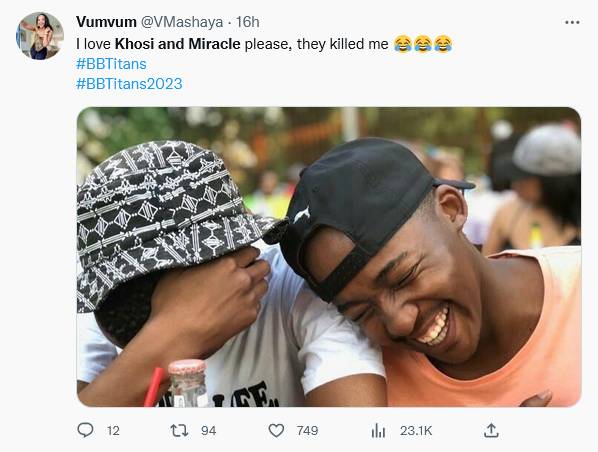 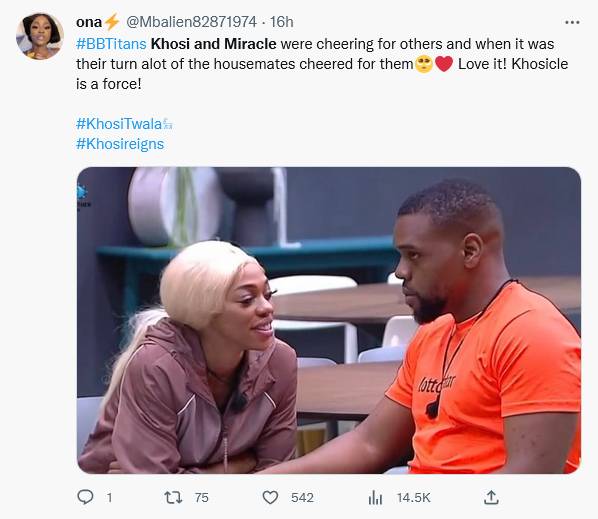 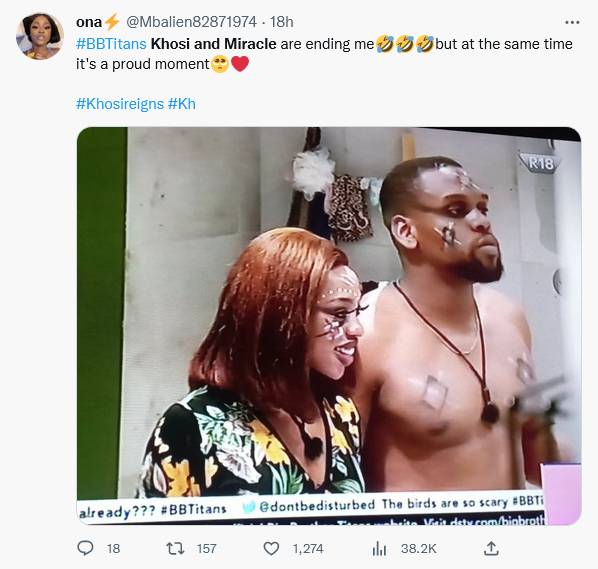 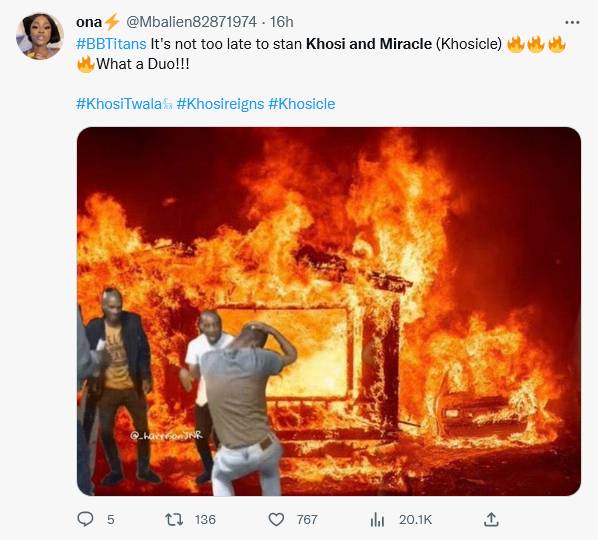 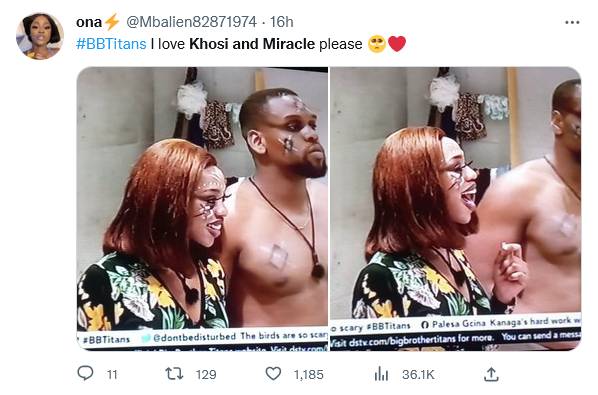 While the reception for the two has been great, it is of course no guarantee that either of them will emerge winner and go home with the coveted prize at the end of the day.

If anything, it merely gives glimpses of the moment. The reality at the end of the day might be different. Whatever it is, we will share. So, stay tuned if you please.

Tags
BBTitans Khosi Miracle
John Israel A25 January 2023
Back to top button
Close
We use cookies on our website to give you the most relevant experience by remembering your preferences and repeat visits. By clicking “Accept All”, you consent to the use of ALL the cookies. However, you may visit "Cookie Settings" to provide a controlled consent.
Cookie SettingsAccept All
Manage Privacy