“Bele Le Beke” is a song by amapiano ace Busta 929, and it’s somehow trending alongside the nomination of housemates for eviction from the Big Brother Mzansi house.

The reality show Big Brother Mzansi is nearing its conclusion. Each week, housemates are nominated for eviction and some of them end up leaving, narrowing the list of contenders for the R2 million cash prize.

Mpho, Gash1, and Thato have been nominated for eviction, which takes them precariously away from the list of the top five who will slug it out for the final prize on the Big Brother Mzansi house.

While the specter of fear appears to have envelope the trio, fans of Tulz are celebrating because she’s managed to evade nomination each time.

As one stan had noted, no housemate in the Big Brother history (encapsulating all African countries) has ever made it up to eight weeks on the Big Brother house without being nominated for eviction. Well, unlike Tulz.

So far, opinions have been divided on who should be evicted and who should stay. You can check out the mix of opinions below. 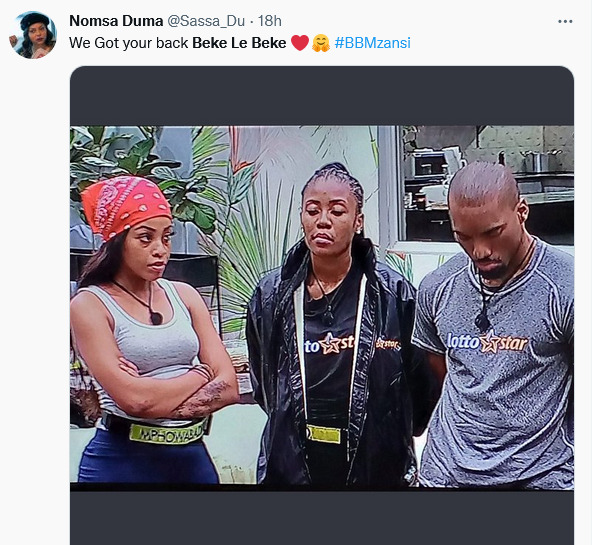 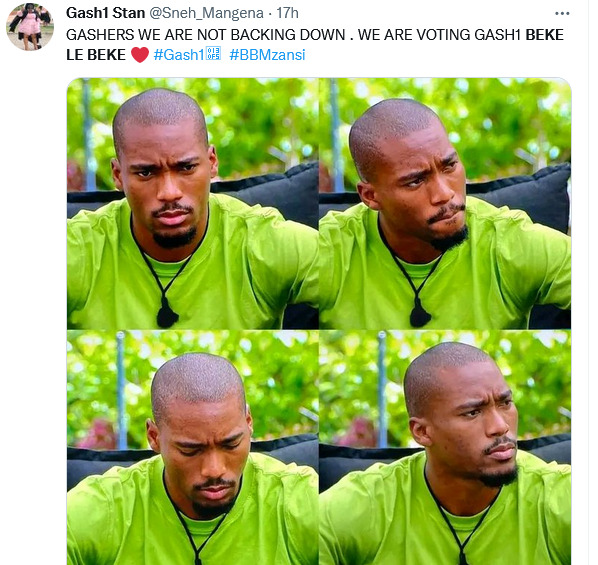 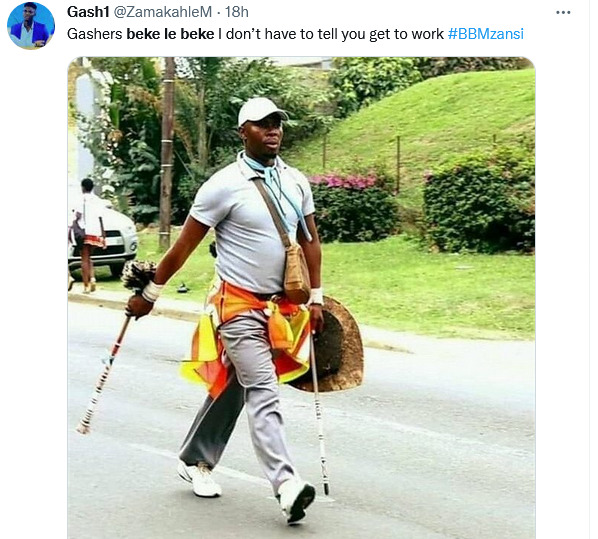 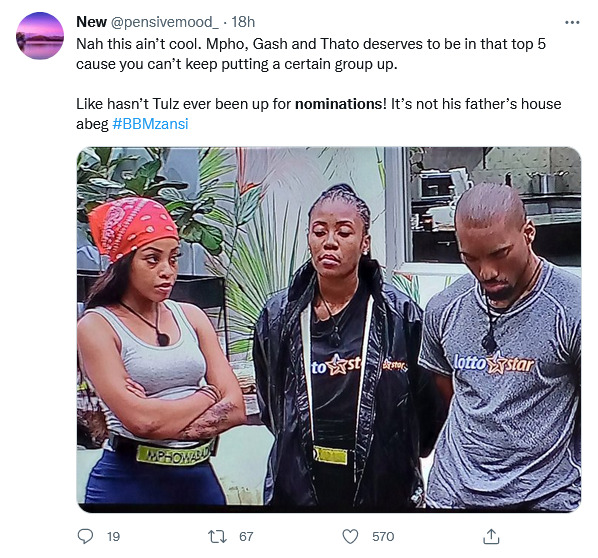 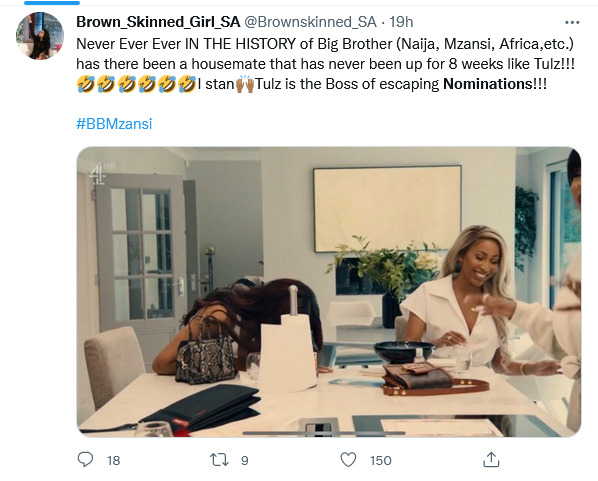 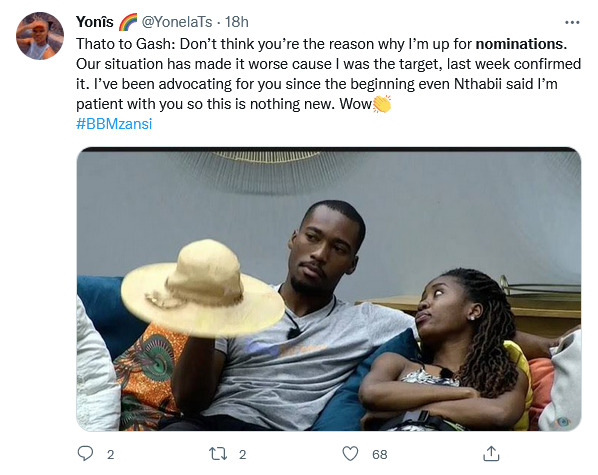 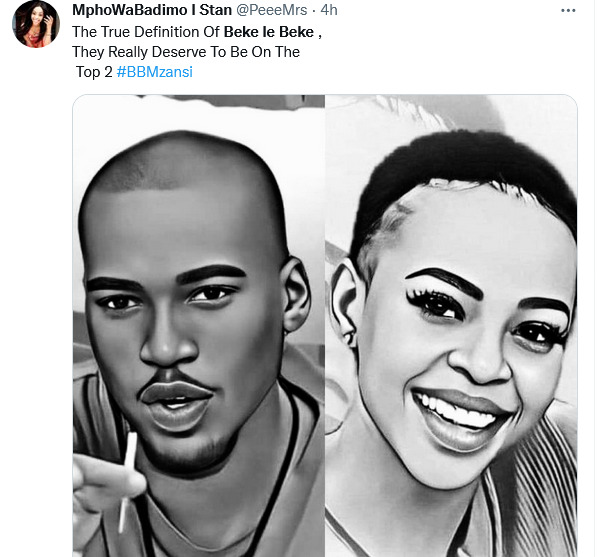 Tags
#BBMzansi Beke le Beke Big Brother Mzansi
John Israel A Send an email 8 March 2022
Back to top button
Close
We use cookies on our website to give you the most relevant experience by remembering your preferences and repeat visits. By clicking “Accept All”, you consent to the use of ALL the cookies. However, you may visit "Cookie Settings" to provide a controlled consent.
Cookie SettingsAccept All
Manage Privacy