Keamogetswe Motlhale, who was known simply as QV on the third season of the reality show Big Brother Mzansi, has exited the show, citing the need to take care of her mental health.

Her exit came as a shock to many. However, some fans thought they saw it coming because, according to them, sh had appeared distant the previous day. Her exit makes her the very first person to leave since the show started three days ago.

Addressing the reason for her exit, QV was thankful for the opportunity to have made it to the Big Brother Mzansi house, which was one of her childhood dreams. She’ll never take the memories for granted, according to her.

She also noted that haling takes time and her mental health comes first.

The reactions to her exit were instantaneous, with many Twitter users expressing sadness that she should leave the show so soon. Others commended her for the courage to exit the show without an eviction notice. You can check out some reactions below. 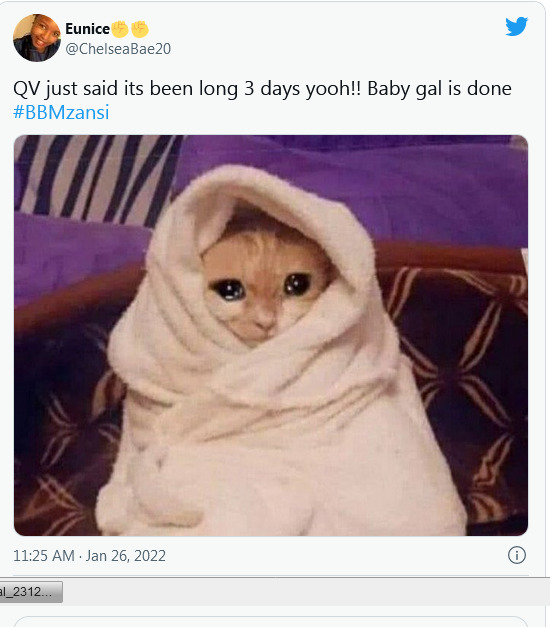 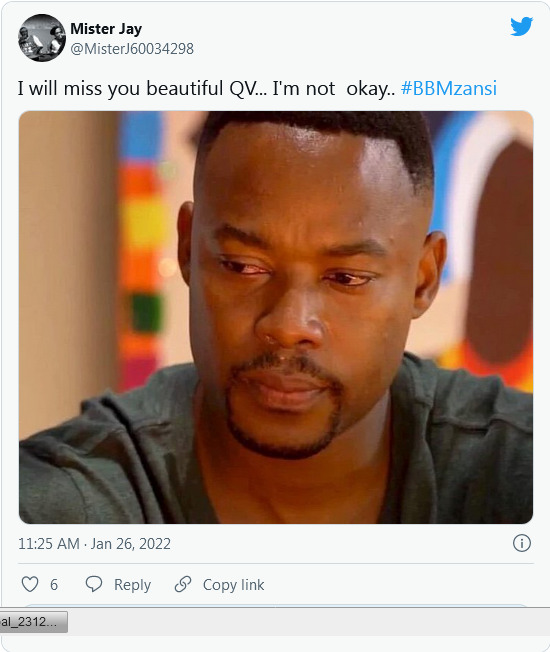 It remains to be seen if Biggie will replace her with someone new in the coming days. That actually not out of place. And Keamogetswe Motlhale wouldn’t be the first in the Big Brother world to exit the show on mental health grounds.

Tags
#BBMzansi Big Brother Mzansi QV
John Israel A26 January 2022
Back to top button
Close
We use cookies on our website to give you the most relevant experience by remembering your preferences and repeat visits. By clicking “Accept All”, you consent to the use of ALL the cookies. However, you may visit "Cookie Settings" to provide a controlled consent.
Cookie SettingsAccept All
Manage Privacy