If anyone knows how to making a great record, it is definitely Big Sean. The rapper is way up and he feels blessed for every song he’s created with the stories that surround his life. This might be his most raw and honest album yet. We have only until midnight to find out.

The rapper previously announced the “Detroit 2” album and released the Nipsey Hussle feature tagged “Deep Reverence” which is the 3rd track on the forthcoming album. He recently unveiled the tracklist for the project and it features quite a number of stars.

The album is scheduled to drop on Friday, September 4th, and literally everyone is anticipating it. He has shared a few songs from the project including the aforementioned “Deep Reverence”, “Don Life”, and “Harder Than My Demons”. This is going to be on another level. 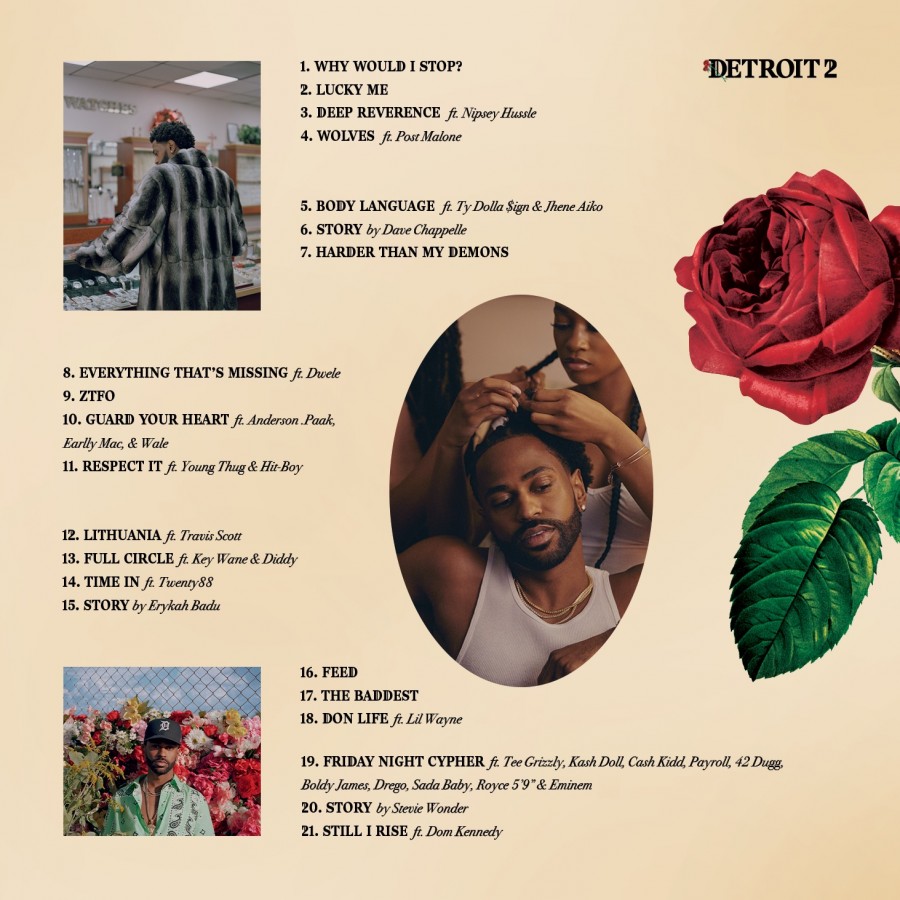 Tags
Big Sean
John Jabulani Send an email 3 September 2020
Back to top button
Close
We use cookies on our website to give you the most relevant experience by remembering your preferences and repeat visits. By clicking “Accept All”, you consent to the use of ALL the cookies. However, you may visit "Cookie Settings" to provide a controlled consent.
Cookie SettingsAccept All
Manage Privacy