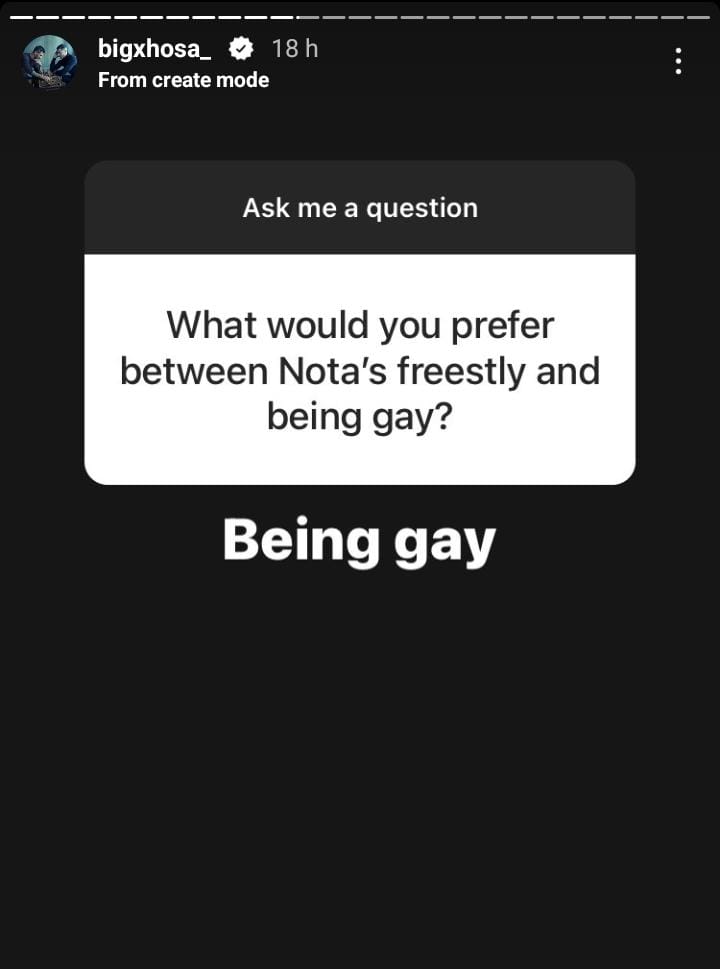 NOTA, one of South Africa’s most controversial music figures, recently released a freestyle to show his critics that he could actually rap. The songster is critical of almost everything around him, so it wasn’t surprising he should do a freestyle to try to silence his critics.

Nota proving over a Freestyle that he can actually rap!

Only, Big Xhosa wasn’t impressed by it all. And although straight, he would rather be gay than anything to do with the freestyle the music critic released.

Big Xhosa rose to fame recently with his “Ninyile” song in which he dissed many notable names in South African hip hop. Along the line, he had drawn a tattoo of A-Treece’s name on his arm and then replaced it with that of a microphone after not having received the support he was expecting from The Boy Doing Things.

Tags
Big Xhosa
John Israel A6 December 2022
Back to top button
Close
We use cookies on our website to give you the most relevant experience by remembering your preferences and repeat visits. By clicking “Accept All”, you consent to the use of ALL the cookies. However, you may visit "Cookie Settings" to provide a controlled consent.
Cookie SettingsAccept All
Manage Privacy