It seems like it was yesterday when Big Xhosa dropped “Inyile” and everyone wanted to find out who he was. The talented emcee has since won hearts with his incredible talent and freestyles proving that he is more than just a diss rapper.

Following the viral diss track by upcoming, Ghost Hlubi aimed at Lucasraps, Big Xhosa has dropped an apology letter to the SA Hip Hop scene. In his own words, he apologized for popping off from a diss track. He believes this has led to the upcoming artists trying to diss everyone. 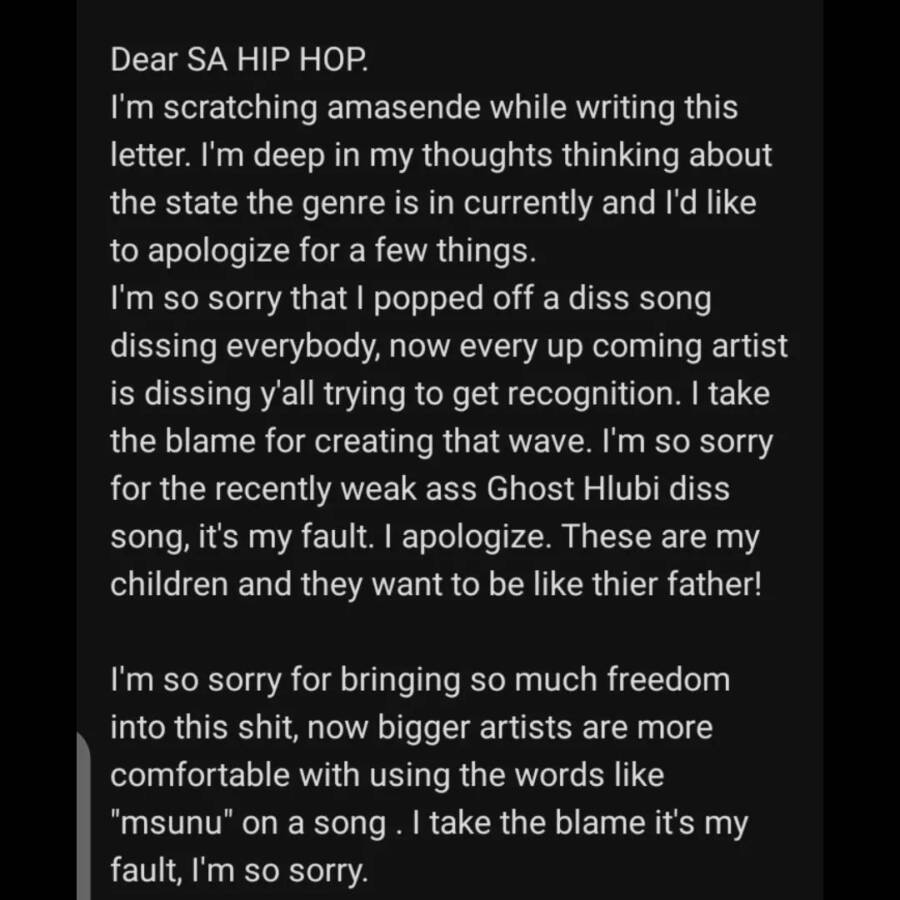 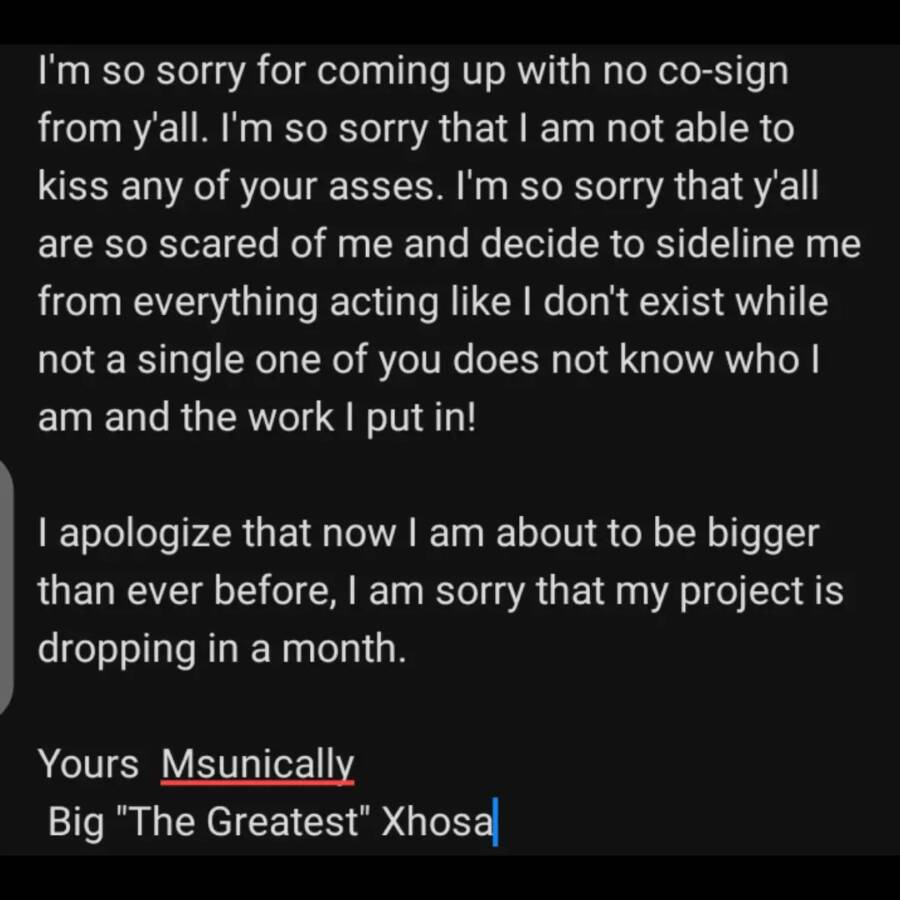 Tags
Big Xhosa SOS (Big Xhosa)
John Jabulani Send an email 30 March 2022
Back to top button
Close
We use cookies on our website to give you the most relevant experience by remembering your preferences and repeat visits. By clicking “Accept All”, you consent to the use of ALL the cookies. However, you may visit "Cookie Settings" to provide a controlled consent.
Cookie SettingsAccept All
Manage Privacy