SA rapper, Big Zulu celebrates his song “Inhupheko” being the most Shazamed song in the country.

It must feel nice to be in Big Zulu’s shoes right now. The talented muso has been killing it on the scene since last year. We were all excited for him when he bagged the biggest Hip Hop joint in the country with “Mali Eningi” featuring Riky Rick and Intaba Yase Dubai.

While we were yet to recover from that joint, he dropped another one tagged “Inhlupheko”. The song which features Mduduzi is his first release in 2021. It has since become a massive success topping charts and becoming the most heard song on the radio.

Now, he just crossed Most Shazamed song in the country off his listen. Crazy right? Big Zulu continues to be make mad moves on the scene. Last week, he dropped the official video for the song, and it’s already raked in thousands of views on YouTube. 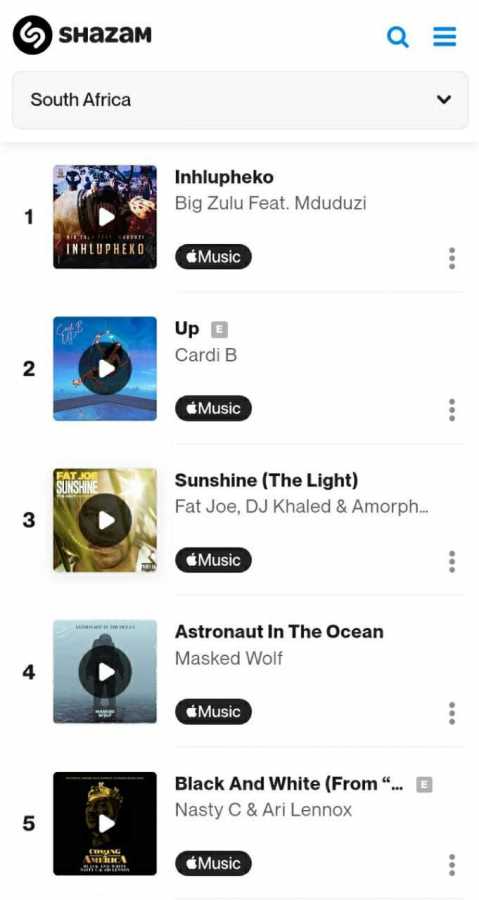