After publicly voicing his support for former president Jacob Zuma, Inkabi Records boss Big Zulu was disappointed when the former president finally bowed to pressure and submitted himself to the police to begin a 15-month jail term.

Zuma had a running battle with South Africa’s Constitutional Court, which had accused him of contempt of court. After a string of legal battles during which his supporters had threatened war if he should be arrested, Zuma had handed himself to the police to begin his jail term.

Following this, Big Zulu had taken to Instagram to let his fans know that he was grieved about Suma’s arrest. His post elicited mixed reactions from his fans, with some supporting and others criticizing him for backing the former president who has corruption charges hanging on his head. You can check his post below. 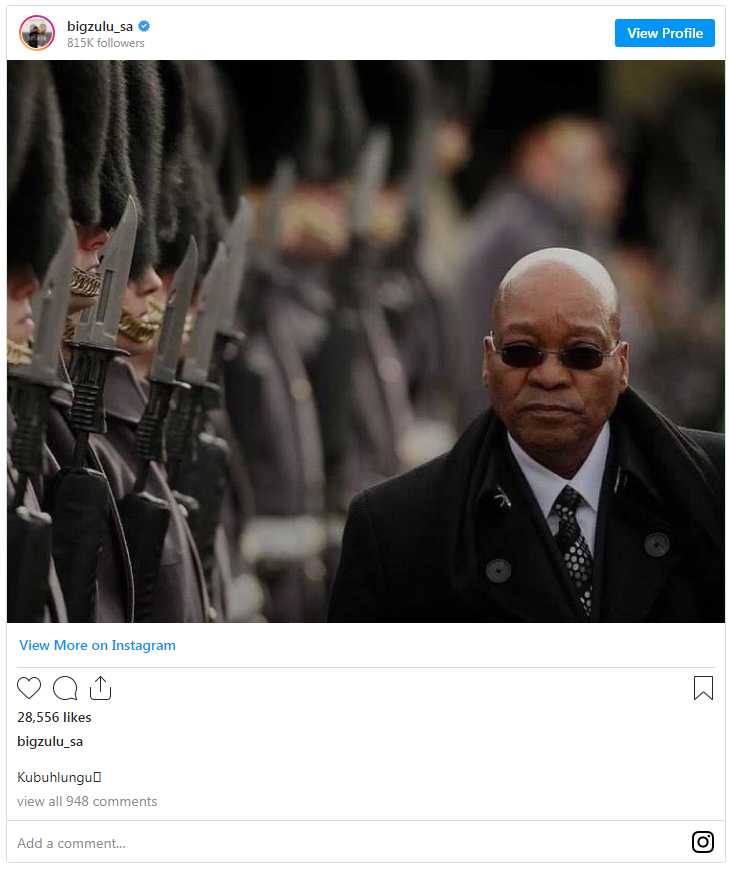 By the way, a tweet by Zuma’s daughter days ago revealed that the former president was in high spirits even while heading to jail. According to her, he had joked that he hoped they had his overalls from Robben Island prison.

What do you think of Big Zulu’s admission Zuma’s arrest broke his heart? You’re welcome to join the conversation by dropping your thoughts in the comment section below.

Tags
Big Zulu
John Israel A Send an email 10 July 2021
Back to top button
Close
We use cookies on our website to give you the most relevant experience by remembering your preferences and repeat visits. By clicking “Accept All”, you consent to the use of ALL the cookies. However, you may visit "Cookie Settings" to provide a controlled consent.
Cookie SettingsAccept All
Manage Privacy