It is crazy how fast everything seems to be going for Mzansi Hip Hop act, Big Zulu. His recent success in the industry has been hailed by many, and called well deserved. Since the release of his hit song “Imali Eningi” featuring Riky Rick and Intaba Yase Dubai, it has been success after another.

He also recently dropped a new joint with Mduduzi tagged “Inhlupheko”. The song has also received so much love from SA Hip Hop lovers and topped charts. He was recently spotted in a photo with Maskandi star, Khuzani Mpungose.

A new post made to his Instagram page sees him in the studio with Samthing Soweto, Gobi Beast and LaBeatz King. There is no doubt that they’re working on new music. This is going to be fire when it finally drops. 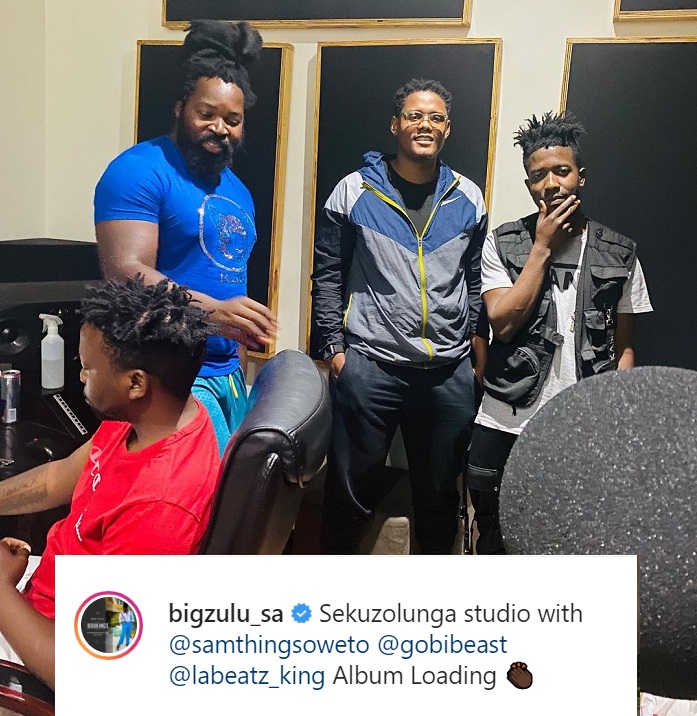