Some fans are so zealous that they would go to any length to show their devotion to their idols. This reality played out recently when a fan of Inkabi Records rapper Big Zulu sketched the rapper’s face on his head.

But how would Big Zulu react to such a show of devotion? Responding to the image, Big Zulu acknowledged the talent that had gone into creating the masterpiece, noting his desire to see the fan and the barber.

He ended up thanking his fans, collectively known as Inkabi Nation. You can check out his post below. 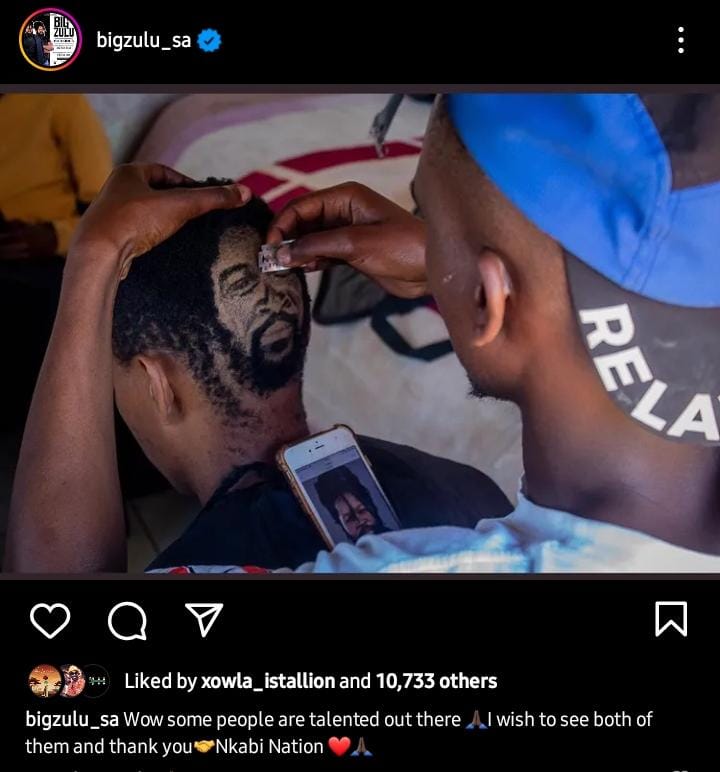 Big Zulu is one of South Africa’s best rappers, although it might appear like his name doesn’t buzz as much as the others. However, the “Imali Eningi” hitmaker is a favourite among the girls, too, with the likes of Bonang and Pearl Thusi heavily flirting with him.

With a fan sketching Big Zulu’s face on his head, the songster joins the ever-burgeoning league of celebs whose fans will stop at nothing to show how devoted they are.

It remains to be seen when the rap ace will meet with the devoted fans and the barber and if he’d favour them somehow. Stay tuned, peeps.

Tags
Big Zulu
John Israel A Send an email 23 May 2022
Back to top button
Close
We use cookies on our website to give you the most relevant experience by remembering your preferences and repeat visits. By clicking “Accept All”, you consent to the use of ALL the cookies. However, you may visit "Cookie Settings" to provide a controlled consent.
Cookie SettingsAccept All
Manage Privacy