November is certainly going to be an amazing month for the music industry because some of our favourite artists are set to drop new songs and projects this month. There is so much to anticipate. Even Bigstar Johnson has revealed plans to end his 2-year hiatus with an upcoming single scheduled to drop sometime this month.

In a post made to social media, the talented rapper shared the cover art for the song which he titles “Ye”. He also shared a note to his fans who we are certain are very excited for this.

In the note, he revealed that he would be doing things differently from now on. According to him, in those two years, he became a father to a little girl named Aaliyah and learned so much about himself. He also has a new team now, and will be following a new approach with his career. Check the pout out below. 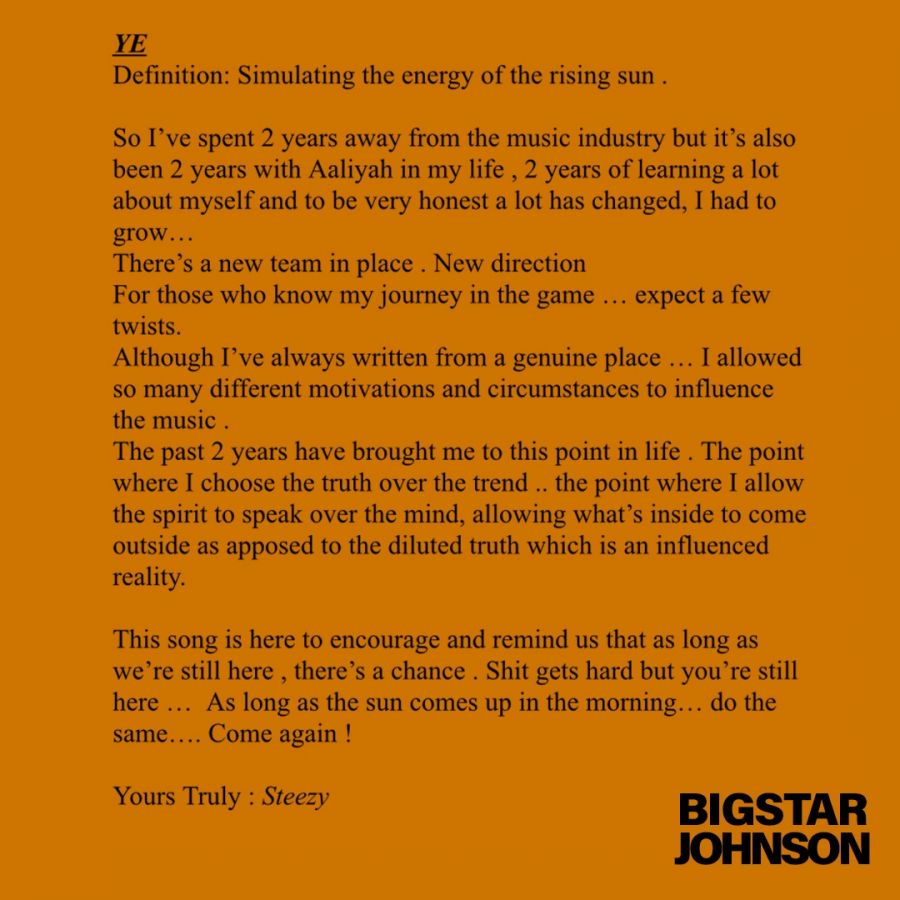 Tags
BigStar Johnson
John Jabulani Send an email 4 November 2020
Back to top button
Close
We use cookies on our website to give you the most relevant experience by remembering your preferences and repeat visits. By clicking “Accept All”, you consent to the use of ALL the cookies. However, you may visit "Cookie Settings" to provide a controlled consent.
Cookie SettingsAccept All
Manage Privacy