Black Coffee ends Princes Kaybee with a single tweet after he said he’s waaayyy bigger than him.

Honestly, we never thought we’d see the day when someone puts Prince Kaybee in his place. Everyone in Mzansi loves his music but Kaybee can be a bit much when stating his achievements. Seems he went a bit too far this time because Coffee came prepared.

The talented “Uwrongo” hit maker had an indirect run in with Black Coffee on social media. He had replied a fan who asked if he thought he was bigger than the “SBCNCSLY” hit maker, when he said he’s “waaayyy bigger” referring to his “crazy” numbers.

Even social media users didn’t agree with him. However, Coffee wasn’t going to let the disrespect slide, so he decided to reply him. In a single tweet, he posted a screenshot of both their streaming numbers and monthly listeners with the caption “way way bigger”. That totally ended everything, and Tweeps had a great time laughing at Kabelo. 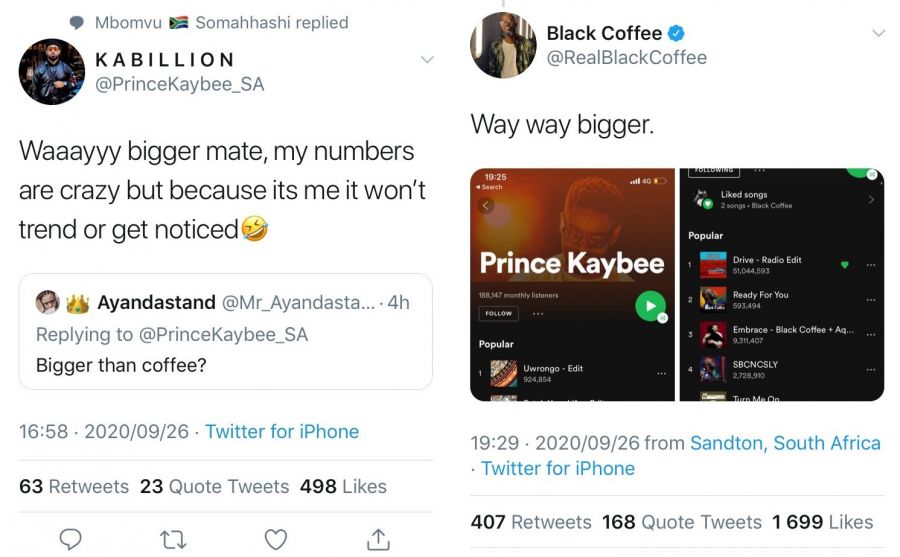 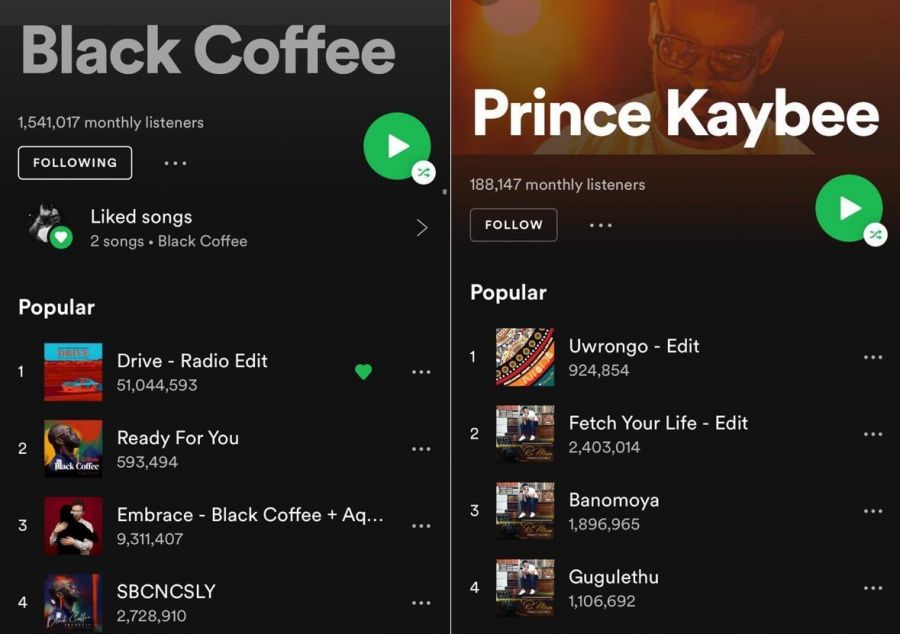 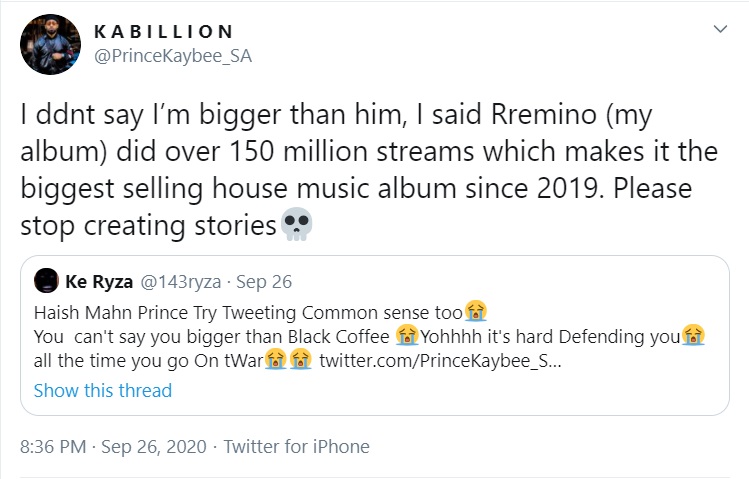