Black Coffee calls Kabza De Small king as he shares photo of them meeting for the first time.

You’ve got to just love Black Coffee for always being vocal about the people he admires their work in the music industry. Everyone knows that the “SBCNCSLY” hit maker always shouts out the people he likes in the industry.

You would have thought that his and Kabza De Small’s paths would have crossed many times by now, but we hear they haven’t met. At least, not until recently. The renowned DJ shared a photo of them at an event over the weekend with the caption “Finally met the King tonight”.

There were tons of excited fans in the background also filming the iconic moment. Now, we are left wondering if this would inspire a collaboration between them. Hopefully that happens because it would really be legendary. Btw, where is Phori in all this? 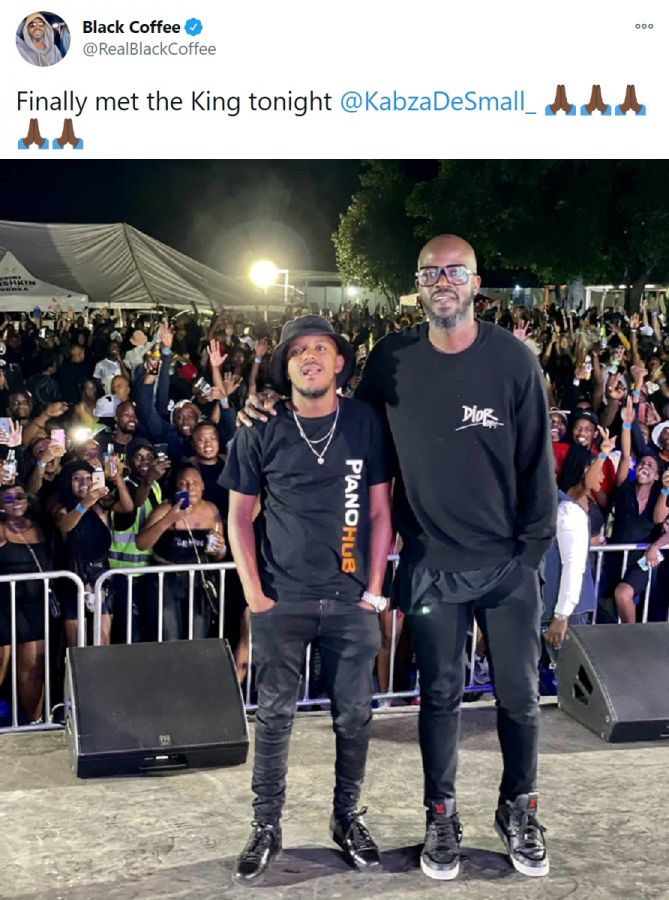