SA rapper, Blaklez opens up on his relationship with Cassper Nyovest and if he would ever want to collaborate with K.O.

Surprisingly, SA Hip Hop star, Blaklez has opened up about a few questions surrounding his life. The rapper who most recently dropped a new banger tagged “Lepara” gave fans an opportunity to ask him anything and he’d give an honest answer.

Trust that they jumped on the idea and threw questions from all corners. Most of the questions were surrounded around relationship with fellow rappers including Cassper Nyovest and more. One follower asked if he was still on good terms with Mufasa to which he replied that “everything is cool” on his end. Replying to ever collaborating with K.O, he said “Who wouldn’t?” calling him a legend. 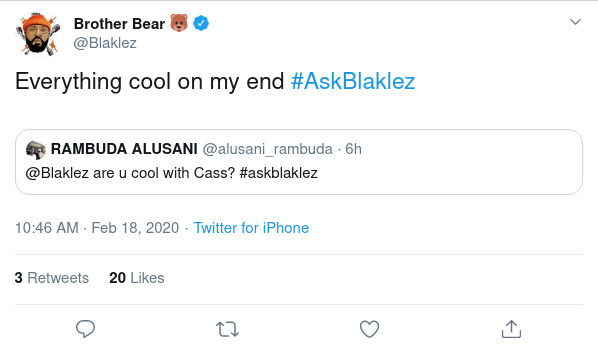 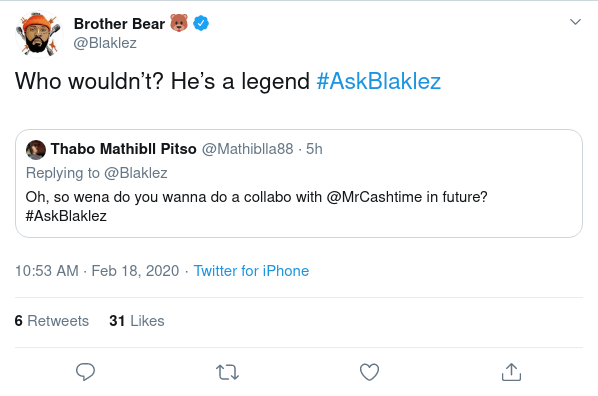