Amapiano dancer Uncle has narrated how the police assaulted him for telling them about his rights after pumping a tyre.

In a series of posts to his Instagram Stories, the teenage sensation claimed that he was assaulted after he asked a police officer not to handle him roughly. Uncle Vinny stated his heart is sore as the police officer punched him while claiming he (Uncle Vinny) had done the same earlier.

According to Uncle Vinny, he’s incredulous the incident should happen. In another post, he shared a picture showing blood running down his nose. In the caption to the post, he had indicated he was hit by the SAPS for pumping tyre. You can check out the picture below. 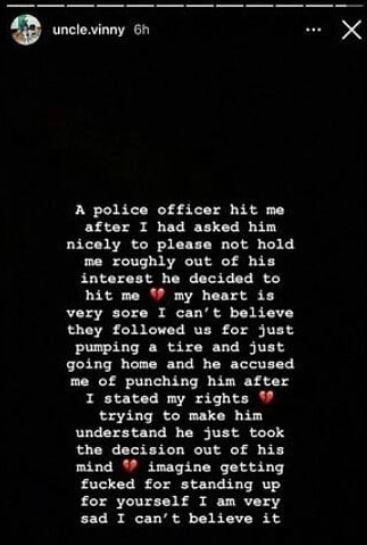 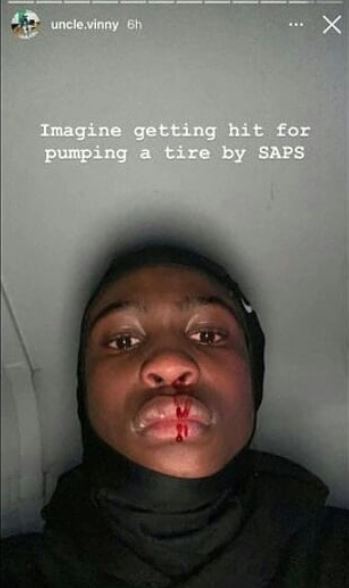 Uncle Vinny. Who’s fondly called South Africa’s youngest uncle because he’s still a teenager, is a trending figure in South African music and dance. His birthday this year was s thronged that the police had to intervene and send some people away. Among others, Uncle Vinny had worked with the boy band major Jeague DJz.

Well, what do you think of the police hitting Uncle Vinny? Have you had a similar experience? You may want to join the conversation by dropping your thoughts in the comment section below.