Media personality and reality TV star, Blue Mbombo, has announced to her fans that she’s expecting her first offspring!

Blue Mbombo recently shared a lovely video of herself in a scenic spot to officially show off her growing pregnant stomach to fans. In the 50-second clip of herself looking breathtaking in a natural backdrop, the beautiful media persona cradled her stomach a few times in the video, showing that she is happy about the exciting development.

In her Twitter caption, Blue also referred to the perfect timing of her sharing the news, noting that she had already received the best Valentine’s Day gift with her pregnancy. She wrote: “The most perfect valentines gift. Thank you Lord.”

She also took her big reveal to Instagram, posting the same video but with a different, lengthier caption: “We plan but God decides. This is an eternal love I’ve longed and prayed for all my life. Thank you Lord for not hesitating to answer our prayers and plans. Couldn’t have asked for a better valentines gift,” she wrote.

In the comment section of her Twitter post, Blue’s fans agreed that she was indeed given the best present for Valentine’s Day, as some even dubbed her the champion of Valentine’s Day this year. See some of the kind remarks fans made on Twitter below: 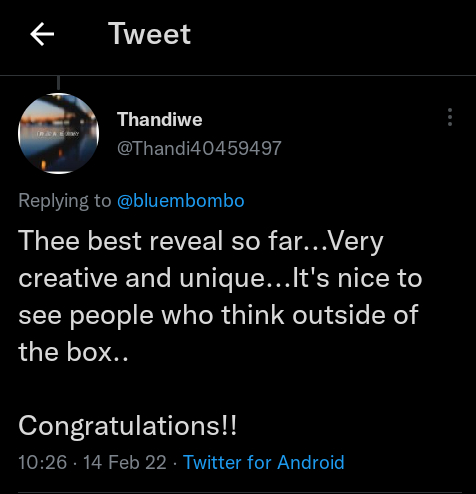 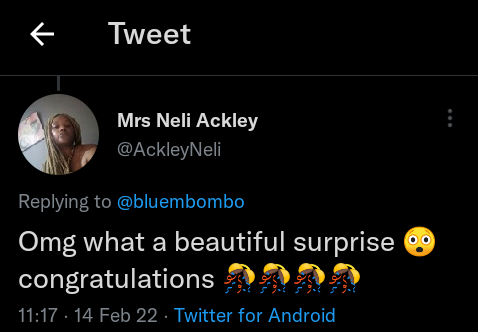 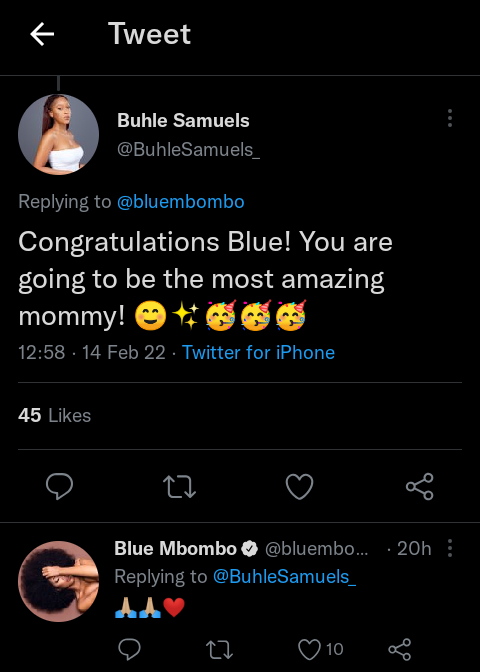 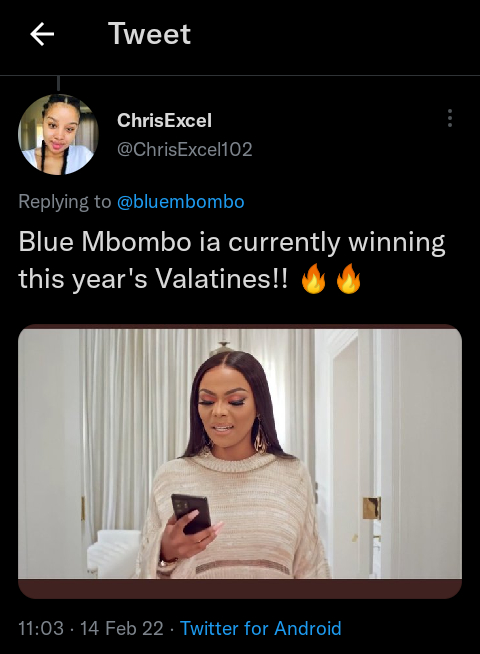 Tags
Blue Mbombo
Ikedichim Chibundu Send an email 15 February 2022
Back to top button
Close
We use cookies on our website to give you the most relevant experience by remembering your preferences and repeat visits. By clicking “Accept All”, you consent to the use of ALL the cookies. However, you may visit "Cookie Settings" to provide a controlled consent.
Cookie SettingsAccept All
Manage Privacy