We don’t know how true this is, but if Blxckie says it is, then we believe it. A Twitter user recently took to the platform to reveal that he saw the popular rapper driving a taxi in town. Of course, the tweet brought a lot of questions, with many SA Hip Hop fans asking “why?”.

Reacting to the tweet, the “B4Now” hitmaker simply stated that it is about having “multiple streams of income”. He also used the nighttime emoji, which could signify that it’s the work he does at night. Fans have reacted to the tweet hailing him for keeping it real.

Blxckie has been one of SA Hip Hop’s biggest successes this year. His album “B4Now” has been a success since it was released. Blxckie has also collaborated with huge names including Nasty C, Flvme, DJ Maphorisa and more. 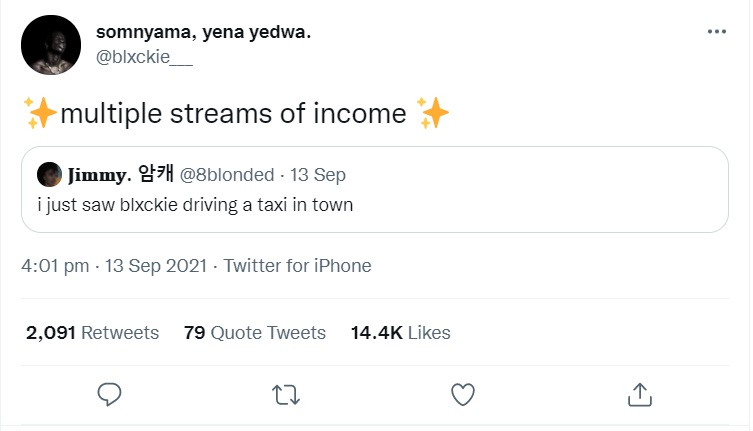 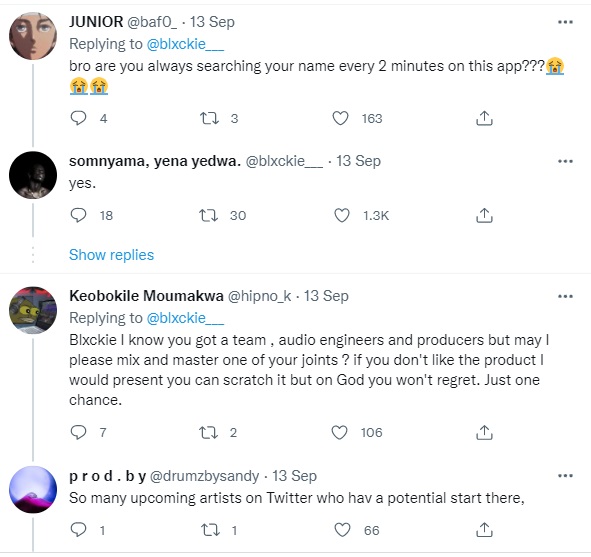