SA Hip Hop star Blxckie hints at the coming release of the deluxe version for his hit EP “4LUV”.

Mzansi loves Blxckie, and this is obvious. The talented SA Hip Hop artist has been doing the most all year. If he isn’t contributing to another hit song, he is working in the studio or collecting certification plaques for his music.

He’s also been bagging gigs and delivering fantastic shows all over the country. In February, the “Ye x4” star dropped the “4LUV” EP and gained significant love for it. He tapped into his RnB side and gave fans a project worthy of every play.

He recently took to Twitter to hint at the coming release of the EP’s deluxe version. This proves that Blxckie cannot leave his fans waiting too long for new music. Reactions to the announcement have been good. He is yet to announce a release date for the project. 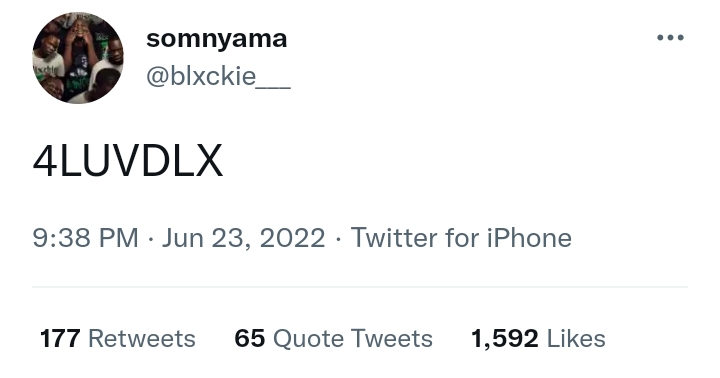 Tags
Blxckie
John Jabulani Send an email 25 June 2022
Back to top button
Close
We use cookies on our website to give you the most relevant experience by remembering your preferences and repeat visits. By clicking “Accept All”, you consent to the use of ALL the cookies. However, you may visit "Cookie Settings" to provide a controlled consent.
Cookie SettingsAccept All
Manage Privacy