In a tweet today, June 30, Blxckie shared the milestone, using a praying hand and green heart emoji to indicate he’s grateful for the milestone. His fans were in the comment section of the post as well, congratulating him.

Twenty million streams on Apple Music alone are significant for any musician, especially of South African provenance. For context, AKA, who’s over a decade in the industry, only recently reached a milestone of 50 million views on Apple Music in March this year. 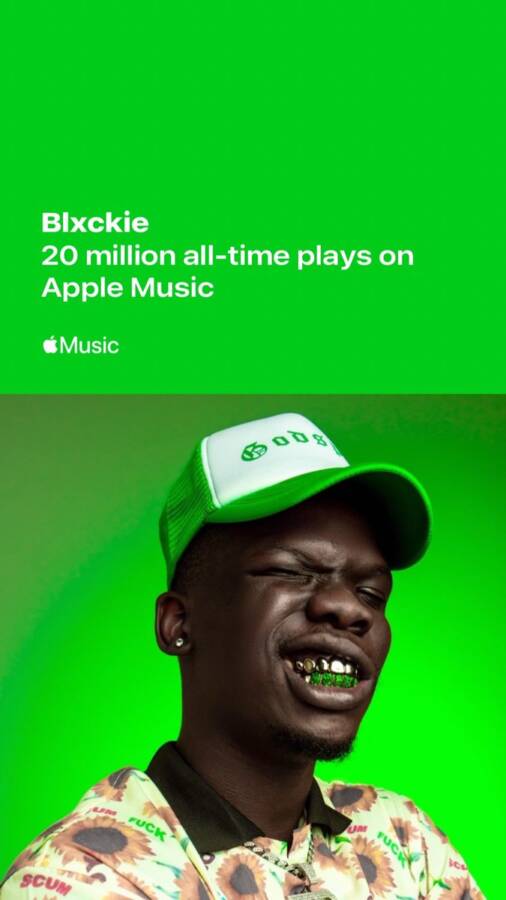 Blxckie is pretty new on the music scene. But he has so charmed the Rainbow Nation with his rap gift that he’s now known as the de facto prince of South African rap. So how did it get to this? The songster had released a couple of singles. But it wasn’t until he released his debut album “B$NOW” that he gained national resonance.

The success of that album inspired the release of a deluxe version, which was also well-received but didn’t exactly match the numbers of the original. But that’s by the way.

It looks like this is just the beginning for Blxckie.

Tags
Blxckie
John Israel A Send an email 30 June 2022
Back to top button
Close
We use cookies on our website to give you the most relevant experience by remembering your preferences and repeat visits. By clicking “Accept All”, you consent to the use of ALL the cookies. However, you may visit "Cookie Settings" to provide a controlled consent.
Cookie SettingsAccept All
Manage Privacy