MtvBase Hottest MCs 2021 has been released. And sitting at the top of it is no other than “B4NOW” rapper Blxckie.

The songster beat several notable names to clinch the top spot. It was a victory that actually hit hard because Blxckie has been all shades of awesome this year, dropping one winning project after the other. 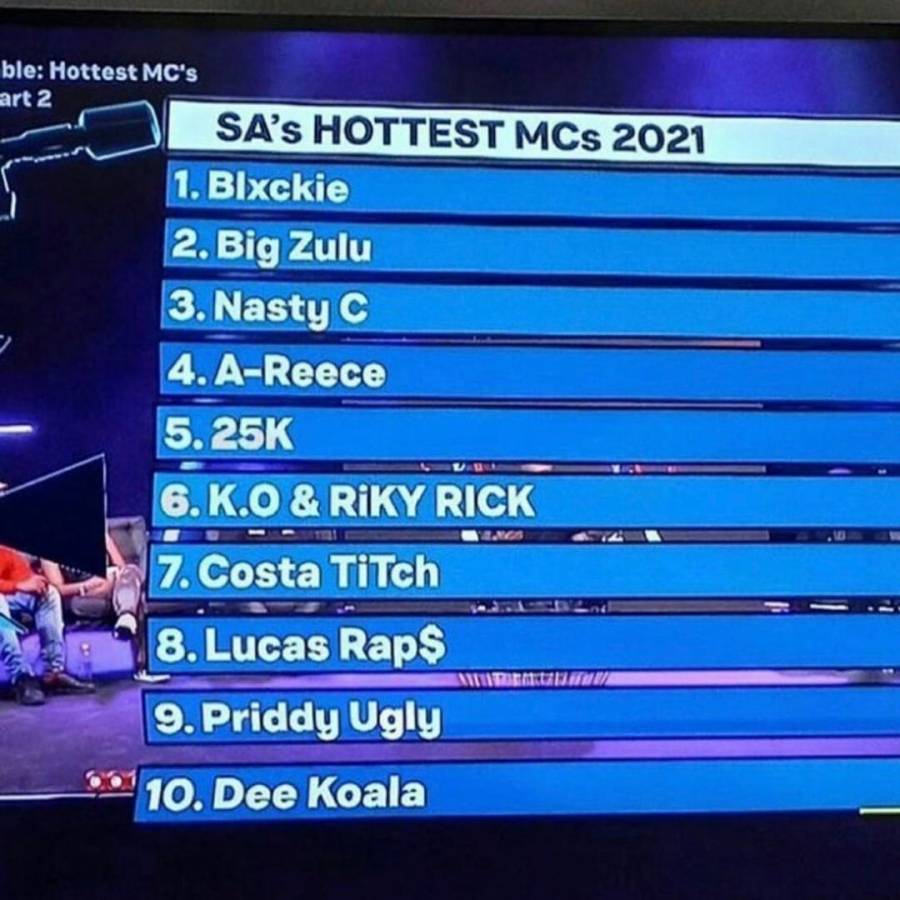 Reacting to his win, Blxckie could only declaim “celebrate, celebrate” on Instagram while sharing other career milestones on the social platform, including his appearance on a billboard in Nigeria.

Blxckie’s win didn’t surprise many in the industry. In fact, because he was announced as the overall hottest MC this year, public opinion favored him to win. And he walked away with the scudetto.

By the way, Blxckie’s debut album mentioned earlier, “b4NOW,” was also picked as the second most-streamed South African album on Spotify this year by the Swedish music streaming giant. His album is reportedly the first hip hop project to snap the sport.

It looks like this is just the beginning of Blxckie’s dominance in Mzansi. Well, some solidarity

Tags
Blxckie MTV Base
John Israel A Send an email 6 December 2021
Back to top button
Close
We use cookies on our website to give you the most relevant experience by remembering your preferences and repeat visits. By clicking “Accept All”, you consent to the use of ALL the cookies. However, you may visit "Cookie Settings" to provide a controlled consent.
Cookie SettingsAccept All
Manage Privacy