About a week back, we reported how “Wuz Dat” rapper called some men “unemployed roaches.” If you missed the backstory, you can check it out here.

Well, the songstress has clarified what she meant by the phrase, which many considered derogatory. In fact, AKA had come to the defence of the guys at the time.

According to Boity, who is also a traditional healer or sangoma, the insult wasn’t for everyone. In a tweet on 3 September 2020, the songstress stated that the insult was meant specifically for the men who insulted her that day. If you didn’t insult her then, you’re not an “unemployed reached.” You can check out her tweet below. 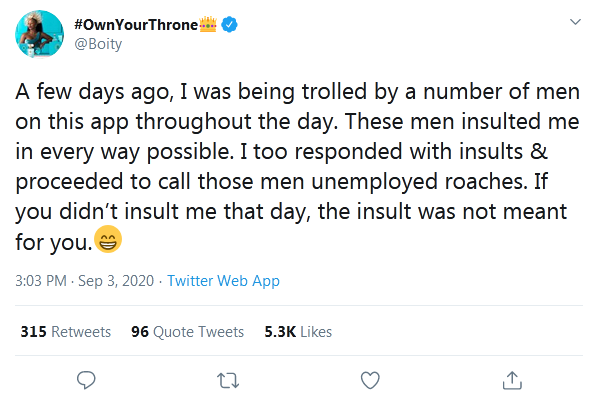 Mixed reactions have trailed her clarification. It is clear from the responses that the ladies are fiercely behind her. Some of them narrated similar experiences, stating men have a way of aggravating them and then playing the victim when called out.

She also railed at those who expect her to take hate and threats from people as constructive criticism, without a response, as seen in her follow-up tweet. 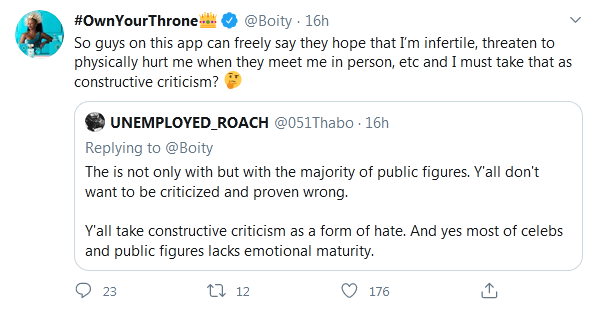 What do you think of Boity’s clarification? You’re welcome to join the conversation by dropping your thoughts in the comment section below.