Is Boity pregnant? Well, fans believe she is, following a series of tweets from her.

The songstress was still in bed but was thinking of getting out. But then she wondered if there was really any reason to get out. A fan spoke of some delicacies in the Midrand area, and it appeared like the rapper was interested.

In another tweet, she indicated she went with salsa, which helps with the babi. A curious fan asked if she wasn’t pregnant. Apparently Boity was craving stuff the fan’s pregnant girl had craved previously.

Boity clarified there and then that she wasn’t pregnant. She only had a hangover. She dropped four emojis indicating she was rolling her eyes. In a follow-up tweet she indicated she was puzzled some people have taken it upon themselves to decide when other people should have babies. You may want to check out her tweets below. 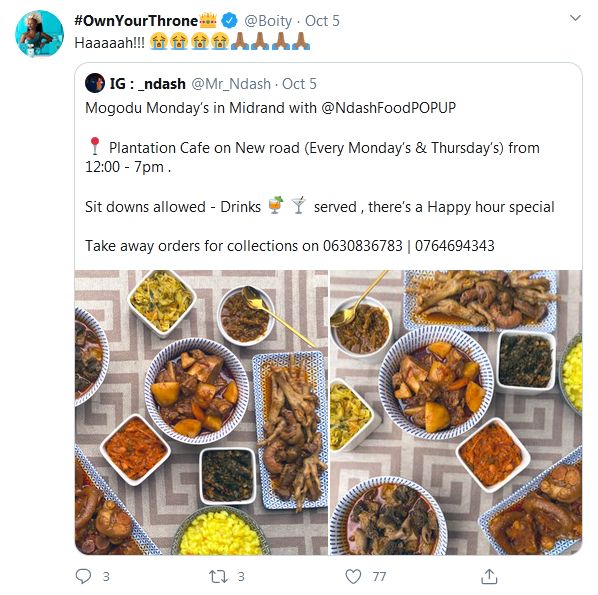 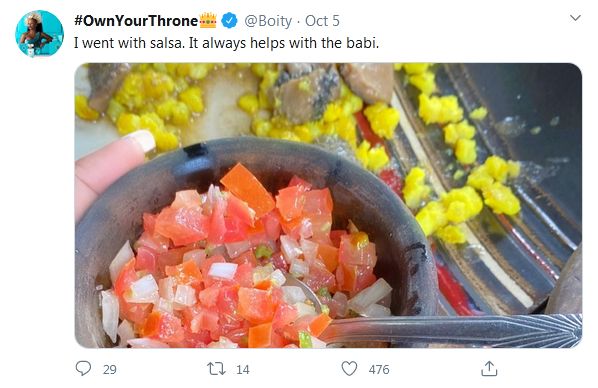 Boity’s love life has been a subject of curiosity by fans. At some point, fans had even trended the hashtag #BoityEngagedByMaps. But she had laughed it off, stating that Maps was only a close friend and that there was no romantic spark between them.

Clearly, fans are not done probing her love life just yet.